Dark Tower Of The Sorcerer

I've listened to a lot of Tony Martin-era Black Sabbath this year. Over the summer, Cross Purposes was easily my most played Sabbath album. I know a lot of people write off the Tony Martin albums, but while they don't measure up to the original Ozzy and Dio stuff, those records that have him at the mic, are no slouch. 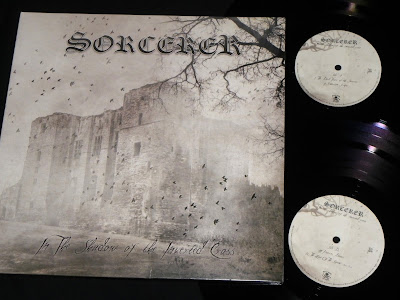 After reading some high praise for the new Sorcerer album, I decided to check out the video for The Dark Tower Of The Sorcerer. Oh man, those vocals reminded me so much of Tony Martin! I downloaded the album, and it immediately worked it's way into my daily playlists alongside Headless Cross and Cross Purposes. Epic doom at it's finest. 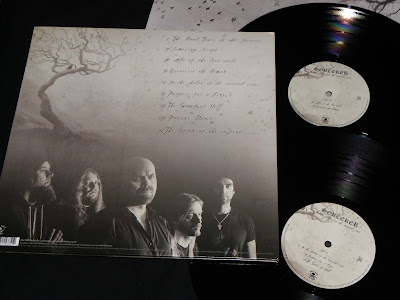 I don't know why Metal Blade only has such a limited offering of new vinyl releases in their US store. Nuclear Blast have stepped up their game recently for the US, and you would think that Metal Blade could follow suit. Apparently they think that the States is still fixated on CDs.

I was tempted to get colored vinyl from overseas for this great record, but with money being a bit tight as we come into the end of the year, I decided to save a dollar or twenty and just order the black vinyl from a US distributor. Good deal. 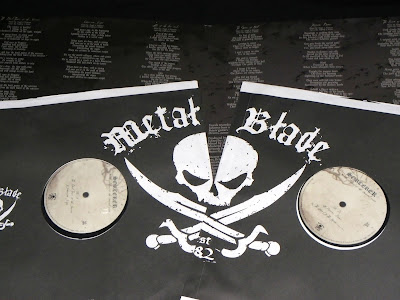 The vinyl version of In The Shadow Of The Inverted Cross contains an exclusive track, The Legion Of The Serpent, so yeah, vinyl is the way to go for this.