Yet another post, in a long string of new releases for 2015. Man, I've been scrambling to try and keep up with all the great new music this year. With the new Gentleman's Pistols LP, you can add another one to the list. 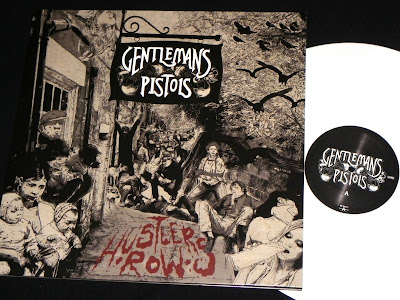 I clearly remember the first time I heard Gentleman's Pistols back in 2009. On a tip from Marcus, I decided to check out a couple of songs online late one night. At the time, there was a website called myspace, which was a cool site if you wanted to either scam on trashy girls or check out a band's page to preview some songs to see if you wanted to purchase their records. Things are slightly different these days, and bands are back to doing videos and promoting them on youtube...while if you want to hook up, you can check the action over at Ashley Madison (or so I'm told...I really have no knowledge on these kind of things).

Since I'm less awkward with new music than I am with talking to girls, I immediately checked out the new Gentleman's Pistols video as soon as they posted it. I wasn't too impressed when I first heard the song Devil's Advocate On Call, but by the time the song was finished, the 70's hard rock melodies started to capture my attention, and I had to immediately play the song again. Soon after, I was hooked, and knew that I was going to have to rush out and buy their new album, Hustler's Row. 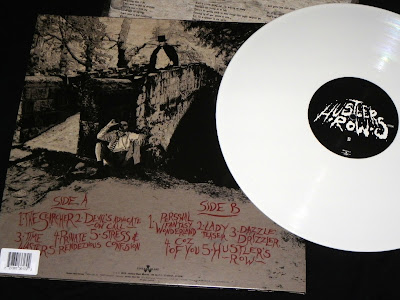 Gentleman's Pistols have made the move from Rise Above Records over to Nuclear Blast. I assume that since Bill Steer from Carcass is in the band, and Carcass released a huge record on Nuclear Blast a couple years ago, that his presence helped gain Gentleman's Pistols more attention and give them a bit of a push to a bigger label.

Pretty funny that I turned you onto this band originally and you've bought more of their records than me now. I still only have the first LP. I downloaded the second and played it a lot but never actually bought it. And now this one... gonna have to check it out. Do Nuclear Blast records generally sell out quick do you know?

It is hard to tell with Nuclear Blast. They may sell out quickly, as they so smaller numbers for colored vinyl pressings (200, 300, 500), but they press so many different colored vinyl that it really kills any kind of rarity or collectability. For some reason though, the only limited option for this Gentleman's Pistols album right now is the white vinyl.