Sometimes, when I have some downtime, and I'm chillin' at the computer listening to music, I'll go back and check some history here on the blog...entertaining myself with where my head was at during certain periods, and reading about what I thought about certain records. Earlier this week, I spent some time reading through old posts from 2010, it quickly became pretty obvious that this blog is a different beast these days. The days of scouring eBay for limited pressings of Hardcore records, and buying one of every colored vinyl for new Hardcore bands is pretty much a thing of the past. I'm sure this bums out a lot of people, but the heart wants what the heart wants...and for a while now, it has been consumed by Metal, and I don't see it letting up any time soon. 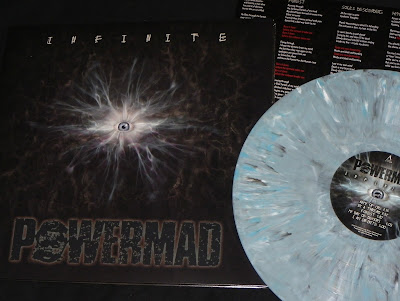 It seems like all the old Metal bands are getting back together and releasing new albums. Metal is so strong right now, and I'm loving the resurgence of the old guard. Zetro is back in Exodus...Howe is back with Metal Church...Sanctuary released a new album last year...Armored Saint released a new one this year...Overkill, Death Angel and Testament are still killing it...seriously, I don't think that anything could surprise me at this point. When I saw that Powermad released a new record, I didn't even bat an eye. 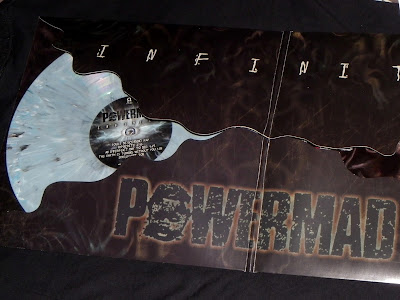 Powermad's singer always had a distinct sound, and as soon as you hear him on Infinite, his voice immediately brings you back to those 80's albums. While the new Powermad record doesn't quite stand up to what some of their more well known peers are doing, this is still a pretty solid outing, and I'm happy to see that they are still active. I've been playing Infinite this week, sandwiched in between some underrated mid-90's records, like Forbidden's Distortion, and Overkill's The Killing Kind, and this new Powermad LP fits in nicely with that sound. 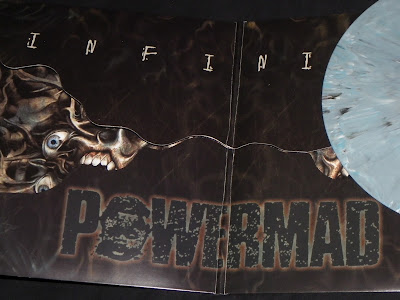 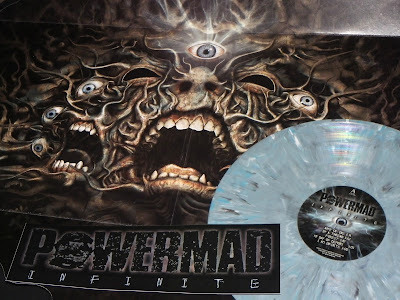 I really like the creative packaging for the LP. Great looking gatefold foldout design. Well done.

wow, that gatefold foldout looks real great. never saw anything like it.