Rush To The Moon

I've never gone over the edge crazy with Rush, but I do enjoy spinning their early albums now and again. Pretty much anything from the first self titled album, up through Moving Pictures is solid stuff. The recent reissue of their first album sparked some conversations with friends about how great the band is. Before I knew it, I'd been sucked into our own self-created hype machine, and found that I had pre-ordered a copy. 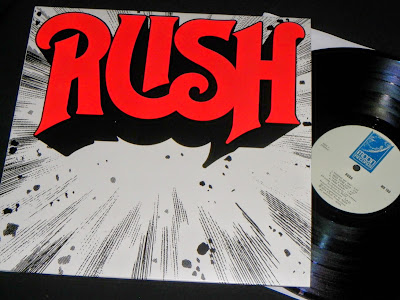 Listening to this piece of vinyl today, I'm glad I made the purchase. With Finding My Way's intro guitar riff that explodes with Geddy Lee's screechy scream, I was suddenly hooked...and that hook stayed planted in deep until the end notes of Working Man. Goddamn, sometimes I forget how great those early Rush albums are. 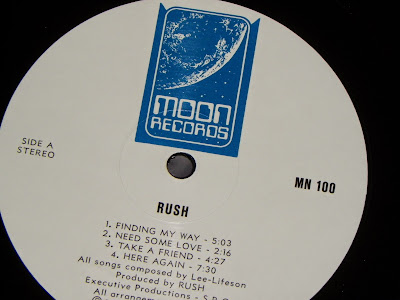 The first album was originally released on Moon Records, and limited to 3,500 pressed, before being re-released by Mercury later that same year. Let's be honest. When the originals are going for between $350 and $700 on ebay, the chances of me owning a piece of vinyl with this great looking logo on it are slim to none. Taking advantace of this reissue was the only way to make it happen. 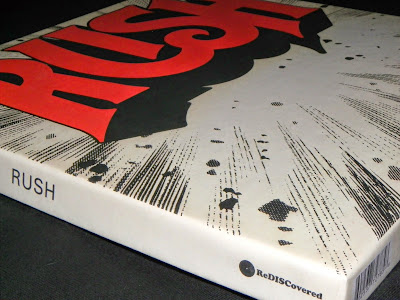 I love box set vinyl, and was excited to add this to the shelf. 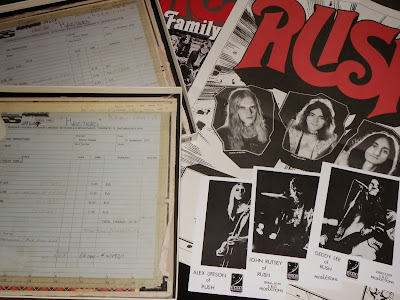 Truth be told, though, there really isn't much inside this box. In addition to the vinyl, we get a poster, some photo cards of the band members, a Rush family tree...nothing that probably couldn't have been included the regular album sleeve. Still, the packaging is solid and well done, and the vinyl sounds amazing.