It doesn't happen very often, but some days I'll find myself open to try something different. I know what I like for metal, rock, hardcore, and punk...I listen to it all day everyday, and I can stay rather close minded on any type of music outside my predefined tastes. When I read a recent post from Chris over at Unwavering Spirit, I was caught in one of those rare moments, and I found myself intrigued to try something new. 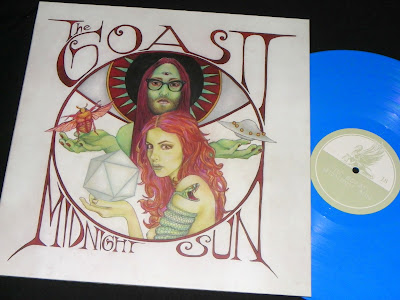 Chris' post was for some band named The Ghost Of A Saber Tooth Tiger, or The GOASTT for short. I'd never heard of them before, and his post sparked my curiosity, so I checked out the band's video for Moth To A Flame. What the fuck did I just watch? I don't think that I particularly liked the song, but there were some primal women running around topless, so it had my attention. I decided to check out some more from the band, and found a video for their song Animals. More boobs...more freakness...and while I still wasn't sure if I liked the music, I was suddenly obsessed by it. I could sense a big influence from The Beatles, and after listening to these songs for an hour or so, I finally discovered that John Lennon's son fronts the band. I probably watched those two videos a couple times through, trying to get my mind around what I was seeing and hearing. I couldn't stop, and next I queued up their live set from SXSW and was loving the guitar sound. The band looked like the biggest hipster douchebags, but I couldn't get myself to unlug and walk away. In the span of a couple of hours that morning, I couldn't stop thinking about the band and knew that my only cure was to leave work and buy the record. 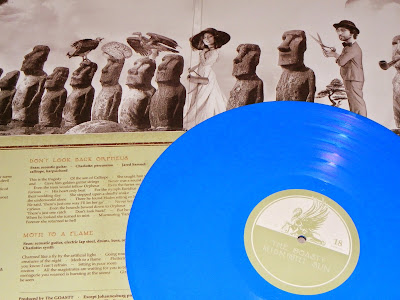 Here we are a few weeks later, and I'm still not sure if I like them, or if I only think that I like them. If that makes sense. Either way, they are different and I enjoy listening to them today.

Thanks for the shout out!!! That blue look awesome.