I first meet Jim back at the Posi Numbers fest in 2005. I was wearing an Undertow tour shirt that he wanted, so we worked out a trade...I gave him the shirt I was wearing, and he bought me shirts from Have Heart, Gorilla Biscuits, and Triple Threat from the merch tables. Solid deal.

Years later, around 2011, I saw his band Nation Of Thieves play at a gig at the Democracy Center near Harvard Square in Cambridge. We were talking after their set, and he mentioned that they were going to be recording some new songs for a 7 inch.

Fast forward a few years, I caught up with Jim again at the REV25 shows in New York. I asked him what became of that Nation Of Thieves record, and if memory serves me correctly, he'd said that band fell apart after recording, and they just never pulled the money together to get it a proper mix. I told him that was a shame, because those songs sounded really good when I'd seen them live. 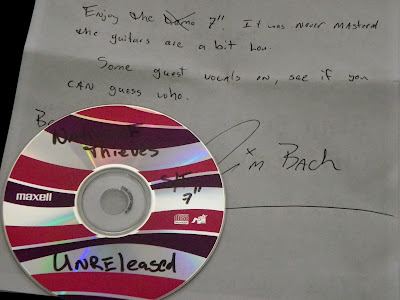 Jim recently reached out to me, and asked for my address, as he wanted to mail me a surprise. I was really hoping it was those unreleased songs from that recording session, and I was not disappointed. Man, these songs are so good. It is such a shame that this release never saw the light of day. Great early 90's inspired Hardcore with influences from Undertow, Unbroken and Outspoken. I asked Jim if it would be cool if I could make these songs available for download, and he gave it the okay...so grab it HERE, and appreciate. 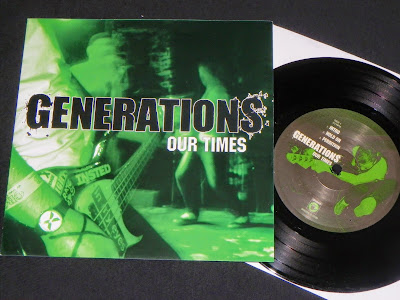 Along with the Nation Of Thieves unreleased songs, Jim also threw in a piece of vinyl for one of this other bands, Generations. I've heard this band's name before, but for one reason or another, I'd never checked it out. Released back in 2006, I guess it is better late than never. 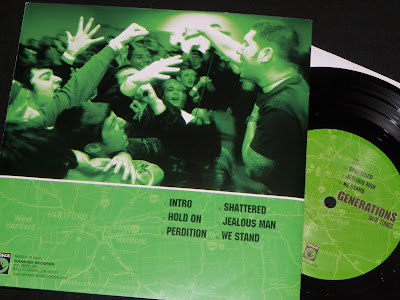 Overall, this is pretty good. At times it sounds like it could have been an early Youngblood release. A good solid record.

Free records do rule. Hey man, were you at that Chain show in AU tonight? I was going to introduce myself but I didn't know if it was you.

Yeah, that was me! Such a great show. You should have said hi!

Aww damn haha I saw you going OFF for Mindset man, it was an amazing show. Are you doing Bane this weekend? I'll definitely say hello then!

Nope...no Bane this weekend. I'll still be recovering from the Chain show. Ha!

Haha, understandable. I'll see you at the next show then man!