When I first got into Rush, I only bothered with those early days. I knew that things got sketchy for Rush during the 80's, as they fell in love with synthesizers, so I never bothered with anything post Moving Pictures. People seem to really dig the last couple of Rush albums, so I'm slowly venturing into that territory, and have downloaded both Counterparts and the remixed Vapor Trails albums. I'm surprised...they are actually rather good. However, there is no confusing the difference between "good" and "jaw-droppingly amazing", and mid-70's Rush absolutely demolishes the more recent stuff. 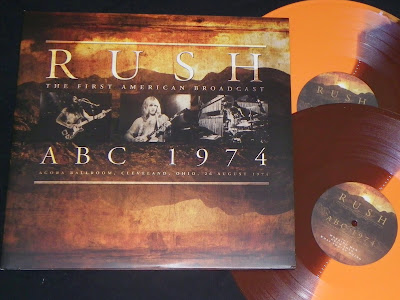 A few weeks ago, I was hanging out with a friend, and killing time in the record store. I was trying to convince myself that I shouldn't spend any money, and then I saw this live Rush album from '74. Knowing my indifference towards live albums, I'm not sure what it was that compelled me to buy it...well, other than my recent obsession with the band, and really that is the only reason that I need. 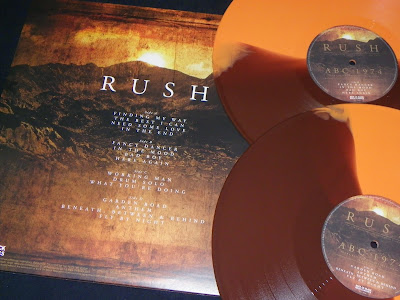 When I got the record home, and dropped the needle on the vinyl, I was very satisfied with my purchase. Damn, these songs sound so urgent, and Geddy Lee's voice is so raw...a perfect snapshot of a hungry band on the rise. At the time, Rush had only released their self titled debut, and were preparing the follow up, Fly By Night. With tracks only covering those two albums, and including three songs that Rush never properly recorded in the studio, this live album was well worth the money spent...even though I found it available online for $20 cheaper the following week. Damn.

Labels: Back On Black, Rush