I bought that Stone Axe 10 inch, Extended Play, on a whim, but I'm still reeling from the impact of listening to those few live songs on that record. Soon after playing that record, I was consumed by all things Hard Rock and Heavy Metal. Outside of a few spins of the great new Praise record, I've largely ignored listening to Hardcore recently. These phases come and go, and I'm sure that my priorities will straighten out after I catch the Chain Of Strength and Mindset show next week. Until that time comes though, I'm all about the power of the Metal riff. 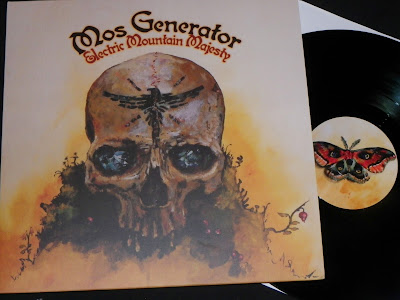 Man, I do love Stone Axe, and this past month I've found myself reaching for their records four or five times a week. I can't get enough.

I'd heard the name Mos Generator thrown around over the past couple of years, but I'd never really been that interested in taking a chance on them for one reason or another. I'd known that the Stone Axe guitar player was in the band, and with this recent obsession, plus with Mos Generator releasing a new album this year, I figured that the time was time was right to finally make my move with Electric Mountain Majesty. 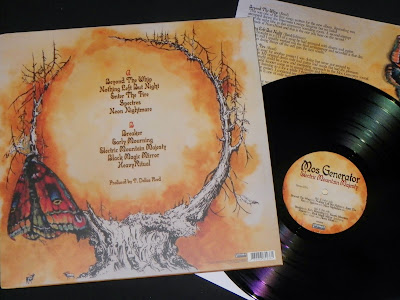 While Stone Axe go for more of 70's Rock/Thin Lizzy vibe, Mos Generator take more of a doomy style with their songs. The two bands complement each other nicely, and I find myself bouncing from one band to the other while at the height of this obsession.

I don't expect Electric Mountain Majesty to take my number one spot for my Best Of 2014 list, but it is going to be near the top, and not going down without a fight. 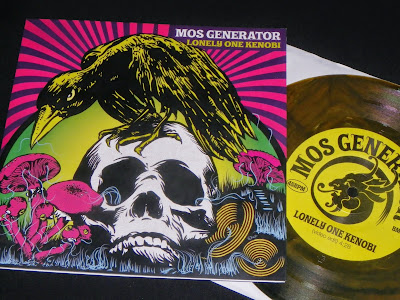 Because I wasn't going to be happy posting about just one Mos Generator record, I had to quickly grab another. This split 7 inch single, only features one Mos Generator song, Lonely One Kenobi...and then it ended up on the band's 2012 album, Nomads, which kind of makes this a throw away record...but still, that cover art was cool enough to entice me to buy it. Such a great song...and again, that motherfucking opening riff! Damn! 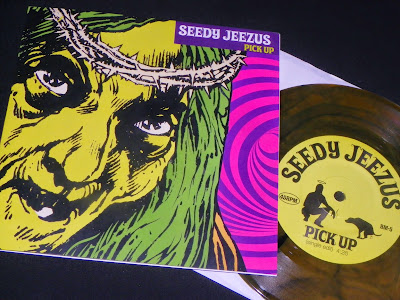 The flip side on this record is a song by an Australian band named Seedy Jeezus. Meh, they are okay, but Mos Generator steal the show here.