Caught In A Euro Crowd

It has been a long time since we've seen a release from Powered. In fact I haven't ordered anything from them since The Great ON Delay of 2009. The label seems to have revived itself, so I figured that I'd take a chance with preorders for the new Caught In A Crowd compilation LP. 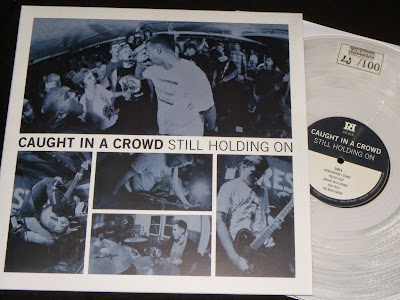 It seems like more and more bands are releasing a couple of 7 inches, and then collecting those songs and pressing them to 12 inch vinyl. With a Euro tour planned, CIAC jump on the bandwagon, and Powered pressed some new vinyl for the band to sell while on the road. I really like the clean, crisp design, but it feels somewhat familiar. 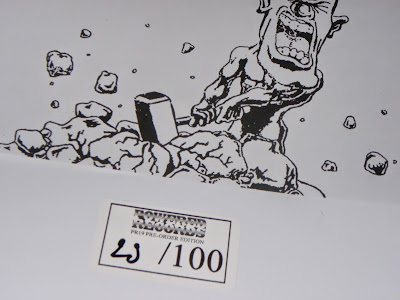 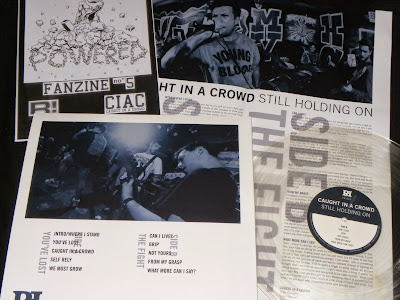 Preorders for the Caught In A Crowd vinyl came with Powered Fanzine number 5, featuring interviews with CIAC, Ev from REACT!, and an old one with Dag Nasty. Great job all around. Solid looking package. 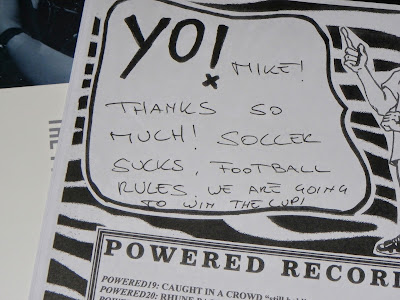 Love the personal touch with the fanzine...even though I couldn't give a shit about soccer or football.

Labels: Caught In A Crowd, Powered