Seasons In Black Or Red

I recently made the concious decision to try and avoid some vinyl reissues. This mainly affects my buying habits for Metal records, because, trust me, there will be a ton of Hardcore reissues that I will buy time and time again. My point being that if I don't really collect records for the band, I'm trying to ignore the reissue and aim to own the original pressing instead. 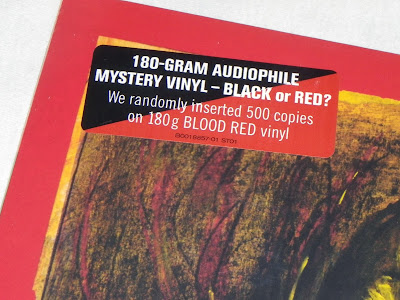 There have been a flood of Slayer reissues lately. Back On Black handled the early records, and I couldn't resist picking up another copy of Hell Awaits. Then both American Recordings and Nuclear Blast decide to reissue their own pressings for rest of the Slayer catalog...that's ten albums for each label. Twenty new pieces of vinyl...yeah, I need to stay away from this.

While Nuclear Blast just did 666 copies on clear vinyl, American did 500 on red vinyl. To make it more interesting, American randomly mixed the red vinyl in with the regular black vinyl press. Buying a copy, you didn't know if you would end up with red or black. What kind of amateur record collector would get sucked into this kind of foolish game? Oh fuck. 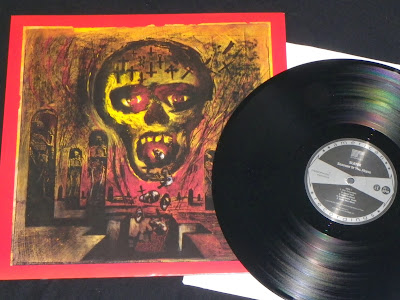 So there I was, standing in the record store, holding the only piece of Slayer vinyl that they had in stock. I didn't own a copy of Seasons In The Abyss, and even though I kept telling myself that the chances were slim that I'd get the red vinyl, the temptation was too strong to resist, and I took the gamble. Of course...black vinyl. Goddamn record stores and their physical product. It is too hard to walk away when the record is there in my hands. 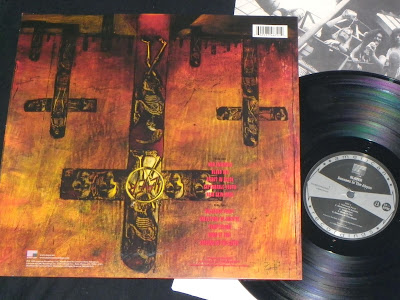 Oh well, if the worst case scenario was that I'd finally have a copy of this Slayer classic on the shelf, I guess I can't complain.

Actually my favourite Slayer record. I'm with you on the physical record in your hands thing though, it's the chance you take. I'd hate do ALL my record buying online though