Blue Eye For An Eye

I have a soft spot for early 90's era Boston Hardcore. Kingpin, Said & Done, Third Degree...back when I started travelling to Boston for shows, I must have seen those bands play a handful of times during 1991. 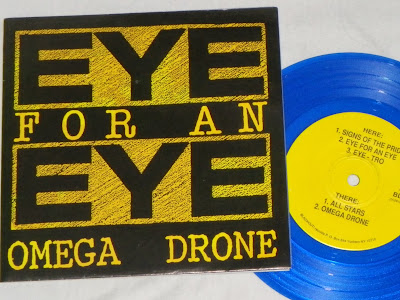 Eye For An Eye were huge in Boston at the time. Whether they were opening up for Insted or Fugazi, while they were on stage, they owned that crowd. If any band could pack them in at The Channel, it was Eye For An Eye. They were probably one of my favorites from that time period, and their records have held up amazingly well over the years. 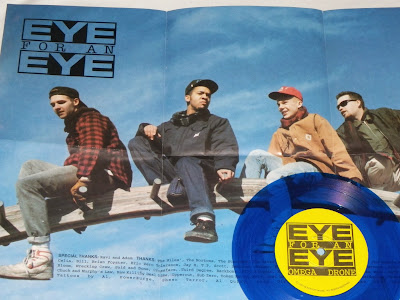 I've been looking to complete my collection for their Omega Drone 7 inch for a few years, and when I saw the blue vinyl on eBay a few months ago, I knew it was time to make it happen. No matter what the cost, I knew that I was going to win that auction. Thankfully, no one else was really too interested, and I was able grab it for relatively cheap. 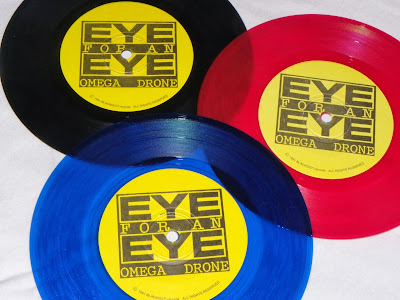 It is no hassle to pull out three records for a shot of the complete collection. Boom! This one is done.

Labels: Eye For An Eye

I love this 7"!!! You posting this makes me want to chase the colored ones as I only have this on black.

I actually prefer Who over Omega Drone these days. One pressing on black vinyl though, so I didn't bother including it in the last picture...

Great final photo! I have this on red but now kinda want the blue.