A year or so ago, Rollins Band was brought back from the dead in my music collection. I was looking at some of my CDs, and realized that it had been awhile since I'd heard them, so I loaded the songs to my iPod. Soon, I found that I could not get enough, and in addition to the first three albums, I had downloaded End Of Silence and Weight as well. I'd done a few searches on eBay for some Rollins vinyl, but nothing ever panned out. 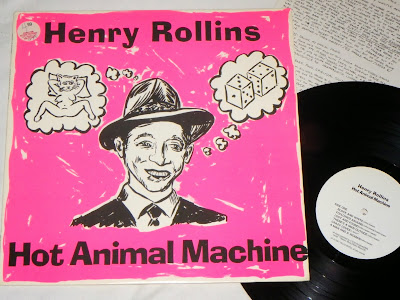 While record shopping in South Carolina a few months ago, I found the first LP, Hot Animal Machine, in the used bin. In addition to the Venom vinyl that I desperately needed, there was no doubt that I needed this Rollins record as well. 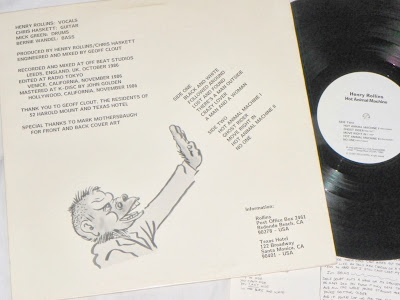 Man, these songs are such a blast to listen to. Not a bad song on here.