My quest for original pressings for Metal albums continues. This time around, my obsession was Exciter. 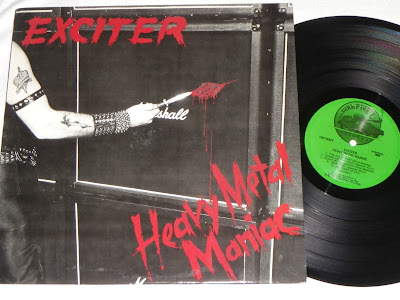 I'm not sure how I got it stuck in my head, but I found myself desperate to get my hands on the first couple of Exciter albums. The only version that I owned was a CD that combined both albums...and because of the lack of space on the CD, a couple of tracks were omitted. 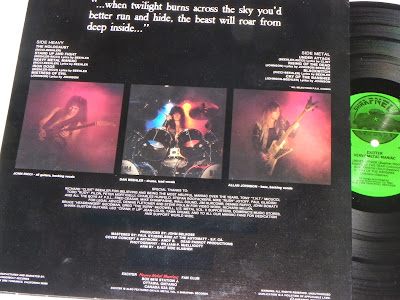 Once I started looking into the pressing details, it was obvious that I needed Heavy Metal Maniac on the original vinyl from Shrapnel Records. Fuck those imports from Roadrunner, as well as those Megaforce re-issues from a few years ago. 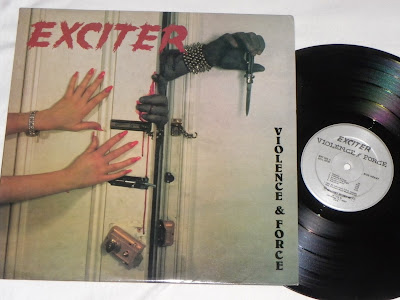 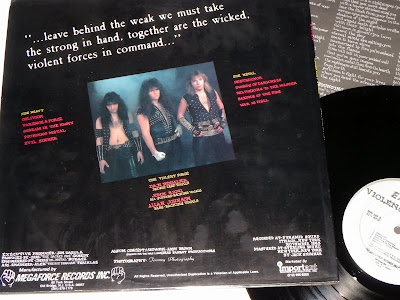 Fortunately, I was able to grab both of these Exciter LPs from the same seller on eBay, and picked off both of them as the only bidder. When they arrived in the mail, I was in awe over the amazing condition they were in. No ring wear...nice sharp edges...other than some finger prints, there was not a mark on them. For Metal albums that were 30 years old, I couldn't have asked for better copies.

That violence & force cover is fantastic