As the story goes, a holy man claimed that God and enlightenment could be found at the top of the tallest mountain. He took seven of his disciples on a long trek, struggling through snow and sickness to reach the summit. Once there, they discovered only the silence of nothingness. There was no God. The holy man then proceeded to slaughter each of his followers, convinced that he was the chosen one. The son of God.

He retreated from the mountain with the vision of a supercult. On a stolen motorcycle, he rode around picking up runaways and forgotten children to join his new cult. Through a steady diet of drugs, fear, and repetitive mantra, he taught them love and violence. There, in their desert home, the disciples awaited the final plan of their holy man. 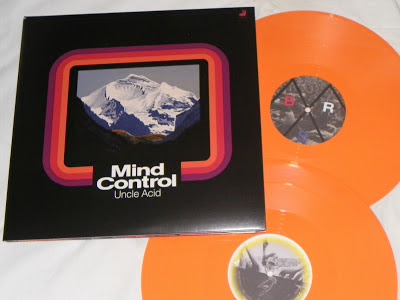 That is the story woven through the nine songs of Uncle Acid's new album, Mind Control. The band's sound is a mixture of Doom, the early creepy stuff from Alice Cooper (think Halo of Flies and Black Juju), as well as a healthy dose of The Beatles...and used as the backdrop to Uncle Acid's lyrical story, the tale is truly haunting. 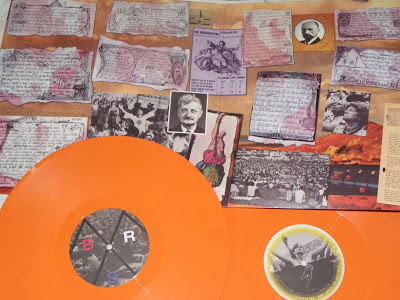 The album's packaging helps reinforce the concept and story. To fully grasp the greatness of this album, one really needs to sit and immerse oneself in the packaging, sounds and lyrics. Rise Above did such a great job with this. Amazing. 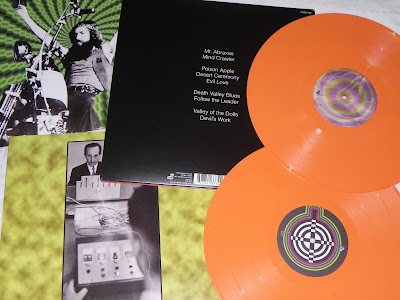 After missing out on the most limited pressing from Rise Above, I decided to just grab a copy from Last Rights in the States. 600 pressed on solid orange vinyl.

Labels: Rise Above Records, Uncle Acid and the Deadbeats

I ordered the same orange pressing as you but I'm still waiting on it. I think the 600 orange seemed to be the most limited though with the rest being out of 700. The diehard version sold out like I've never seen before. Literally blink and miss it stuff. Sucks really