I remember Marcus once making the statement "If you don't ask, you don't get". Sound advice, and one that I've put to practice a few times since I heard it from him.

After I'd managed to grab all the regular pressings of Mindset's new album, Leave No Doubt, I was feeling incomplete without the Record Release pressing. I saw one up on eBay, but I felt that I'd rather give the cash to the band, instead of some random dude looking to score an easy buck, so I fired off an email to Ev from Mindset/REACT to see if he had any available. 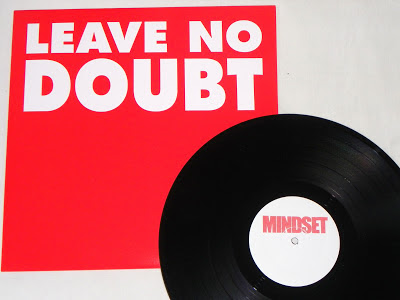 Two weeks later, Ev wrote me back, saying that he could help me out.

The Record Release pressing comes in a slick plain red cover, with the Leave No Doubt title applied to the front. 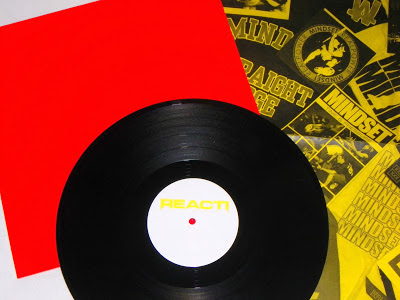 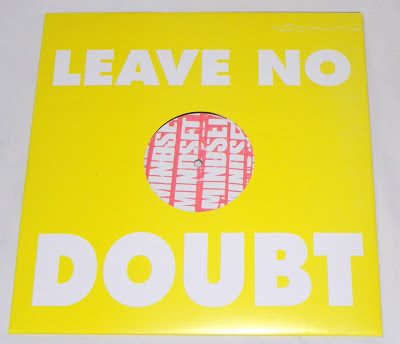 Along with the Record Release pressing, Ev also made me an offer for the Leave No Doubt test pressing. I wasn't actually looking to grab a test press for this album right now, as I'm trying desperately to control my record spending, but with an offer from Ev sitting on the table...the temptation was too much to resist. 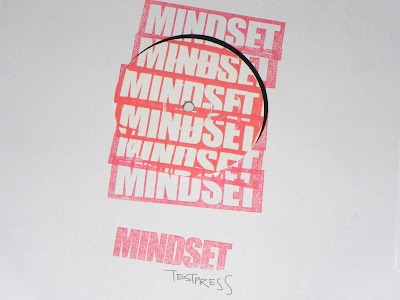 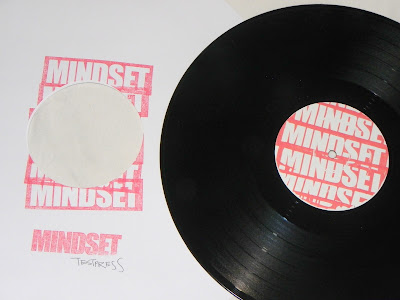 The test press comes packaged in a yellow DJ cover, with the dust sleeve and record label stamped like crazy with the Mindset name. 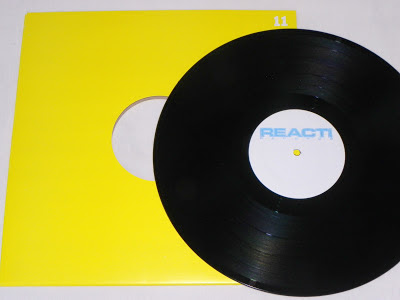 The back cover of the test press is numbered with the same kind of stickers that are used for the Leave No Doubt name on the front. 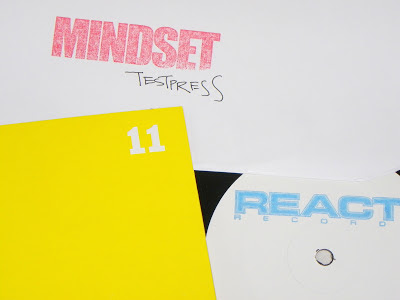 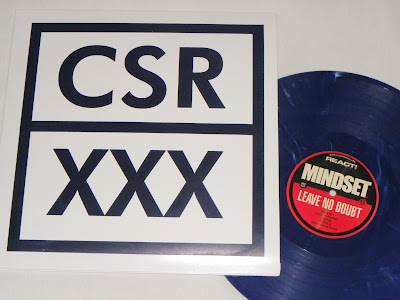 After I picked up the Record Release version and the test press, I felt like I had the Leave No Doubt collection complete...and then came the announcement that Mindset was releasing a special pressing of the album for Record Store Day. Damn. The quest continues. 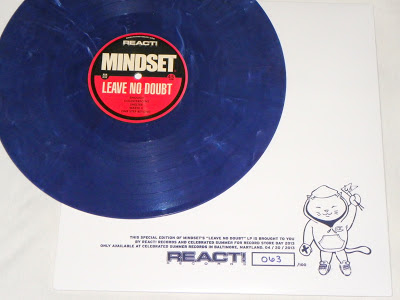 Like Mindset's Record Store Day release for Time and Pressure in 2011, Leave No Doubt was only going to be available at the Celebrated Summer record store in Baltimore. Thankfully, this year Mindset made 20 of these available in their webstore for those of us that aren't in the Baltimore area. The trick was to just be quick on the draw if you wanted to get one.

The records were due to be available in the Mindset store around noon on a Tuesday, so there I sat at work, continually hitting refresh for the next 20 minutes, until they were available. So glad that I was one of the few to grab one, as they sold out in under a minute. 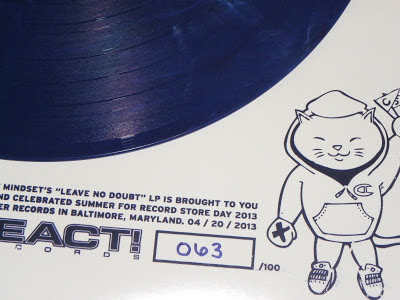 Another great packaging job by Mindset/REACT for this release. I love the CSR/XXX design on the front cover, along with the Record Store Day text on the back. Purple vinyl exclusive to this release. Number 63 of 100. 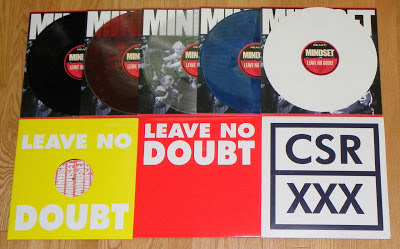 Nice work on tnis one. Great pic and some really great variants there.

WTF said...
This comment has been removed by the author.
5:13 AM

amazing, I had trouble enough finding a black copy, since I didn't pre-order it.

Wow this is IMPRESSIVE!! Great job Mike, that record release one on red is my favorite!