Envision are a Straight Edge band out of Canada, and have been around in some form or another since 1998. I've downloaded a few songs from them over the years, but since they were just free downloads, I never really paid much attention. Here we are, fifteen years since the band came together, and they finally release their first 7 inch. 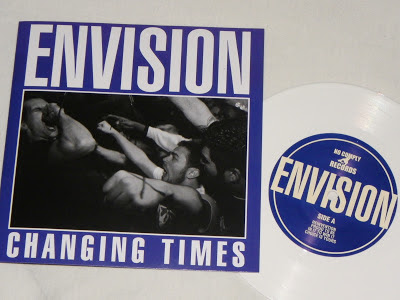 Actually the band released these songs back in 2009, but I believe it was a CD only release, so no one was really paying attention. When I noticed that REV was carrying the Changing Times 7 inch, I added a copy to my recent order, eager to finally check them out with this proper release. 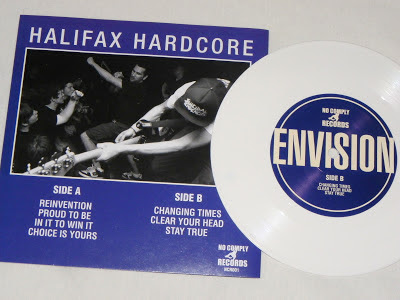 This is pretty good by-the-numbers Straight Edge Hardcore, but there isn't much here that really excites me. Decent, but not amazing. Their follow up, scheduled to be released in 2025 should blow peoples minds though.

Preorders for the follow-up are up on SFU...

The final sentence made me laugh out loud, haha!

Very original and innovative cover though. I've never seen anything looking like that before....

X'd up dudes, screaming along. I've got no issues with the cover.