Yeah, shit got a little crazy with my last post, as I worked to grab every pressing of the first two Orchid releases, Through The Devil's Doorway and Capricorn. In collecting the bands two EP singles, Heretic and Wizard Of War, the insanity only intensified. 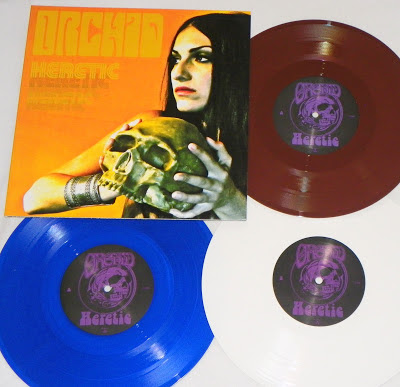 I already owned three copies of the Heretic ten inch single, and when Nuclear Blast Germany threw down the dreaded Triple Dog Dare with three more pieces of colored vinyl, I couldn't back down from the challenge. 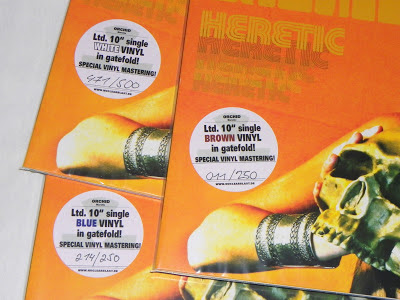 I love the hand numbered stickers on each different pressing. 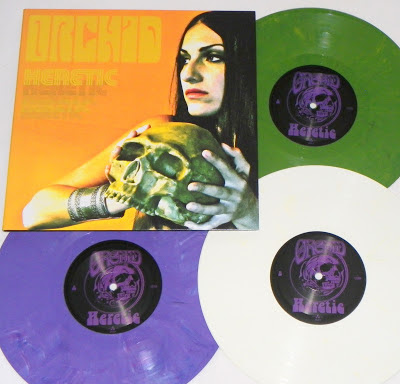 When Nuclear Blast USA upped the Orchid game with a North American pressing, there was no way the I was going to fold. I was all in at this point. 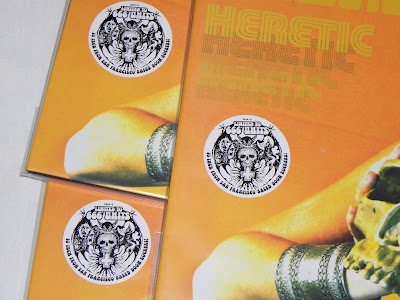 No individual sticker for the North American pressing. They all get the same one that announces that the record is limited 666...222 for each color. 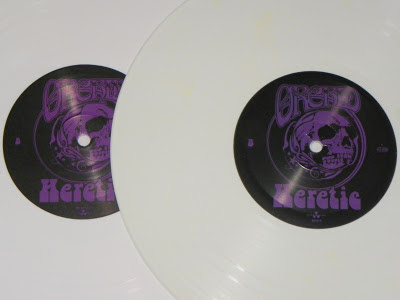 I was hoping that there would be a bigger difference between the white Euro pressing, and the cream US pressing. The difference is only slight. I can tell them apart, but just barely. 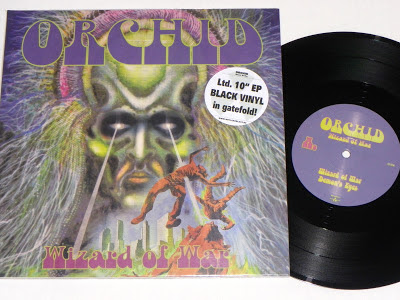 Not to be forgotten, I also grabbed the last copy that I needed for the Wizard Of War ten inch single. 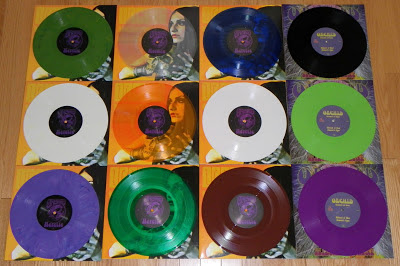 Add these new pieces of vinyl in with the copies that I already owned, and we are looking at a total of 12 ten inch records. The crazy thing is, I'm missing one. Before I was completely sucked into the madness of collecting Orchid, I let the black vinyl pressing of Heretic pass me by.