Where has the Hardcore been in 2013? Here we are nearing the middle of May and I've only got five new Hardcore releases loaded on to my iPod. I'll admit it, part of it has been my fault as I haven't actively been searching out new Hardcore music. For the most part, I've been consumed by Metal/Doom lately. In addition to an incredibly strong start to 2013 for Metal, I've also been finally discovering and appreciating some older bands. Enter Orange Goblin... 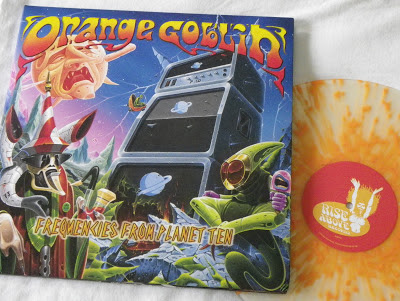 When I first heard Orange Goblin's new album, A Eulogy For The Damned, last year, I didn't think too much of it. Yeah, it was okay, but my musical attention was focused elsewhere. As the year came to a close, it grew on me greatly, and as we rolled into 2013, I downloaded the band's first five albums and could not get enough of them. Perfect timing on my part as Rise Above has started reissuing the back catalog on vinyl again. 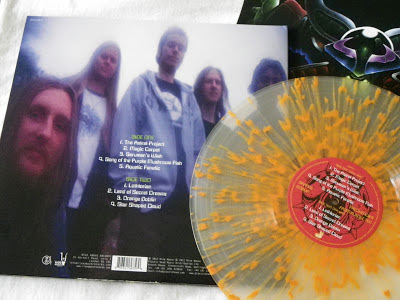 When preorders first went up, I was right there on the Rise Above site, prepared to grab the clear vinyl pressing that was limited to 100. I had second thoughts, however, when I thought about my bank account and the recent car repairs I had just done. I hung my head, and with a tear in the corner of my eye, I turned and left the Rise Above webstore empty handed.

A couple months later, I figured that it was time to finally grab the first Orange Goblin album...and with the perfect color combo of orange splatter on clear vinyl. Yet another splatter vinyl pressing that I surprisingly really like. Limited to 300. 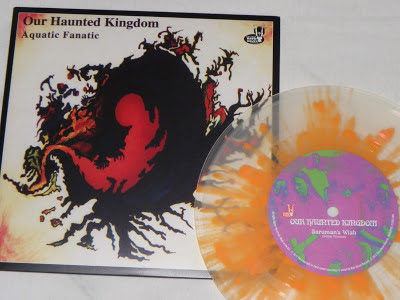 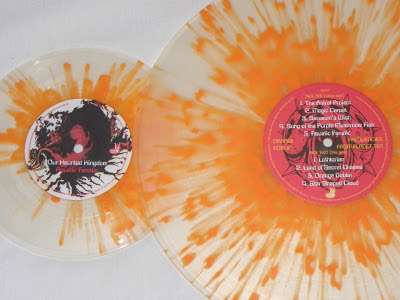 Nice job, Rise Above, with the matching colors for the LP and 7 inch.