The Action Is Boston

Back in January, Doug and I were exchanging emails on how we classify and define Metal genres like Doom and Stoner. During the email conversation, Doug mentioned the band Fu Manchu, and I said that I'd never heard them before. Honestly, I had no desire to check them out, and I was hoping that Doug would just drop it, but he wouldn't shut up about how great they were, and even sent me a youtube link for the song Hell On Wheels. It would have been rude to ignore, so I halfheartedly clicked the link. I planned on just humoring him by watching a minute of the video, and just replying that it wasn't my thing. Well, I was wrong. I watched the whole video, then watched it again...and even though she couldn't have cared less, I then played it for my wife. Yeah, I was impressed. Soon after, I had a heads up that Fu Manchu was going to be playing Boston, and they were going to be doing the entire The Action Is Go album, start to finish. I downloaded the album and set to work, hoping to convince Rob to join me for the trip to go see them live. 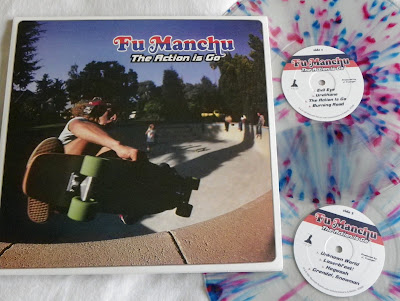 Monday, April 15th, a bomb went off at the Boston Marathon. A horrific event, and as the week went on, the bomber was still on the loose. When Thursday rolled around for the show, my wife was a bit nervous that I'd be headed into the city. "Calm down", I told her, "It's not like the city is under siege". I assured her that Rob and I would be fine, and we hit the road. 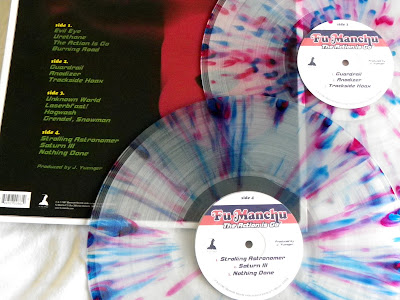 We got to Boston, grabbed some dinner, and headed to the club. I was looking forward to the Fu Manchu set, but I was not prepared for how great it was going to be. Some bands improve your view of them after you see them live, they are able to convey a level of intensity that you just can't get from listening to an album. While I was really digging what Fu Manchu had to offer on the albums that I'd heard, seeing them live put them on a whole other level. 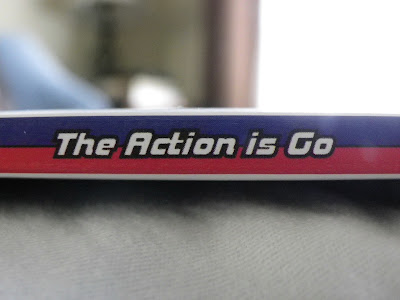 The show was over about 11:45 that night, and I was home by 2:30 in the morning. Only four hours until it was time to get up for work. As I was heading to bed, I checked Facebook on my phone and discovered that there had been a shoot out between the police and the two suspects from the Boston Marathon bombing. It had started a couple of miles from where we had been, and the city was shutting down all transportation as the manhunt progressed. We'd gotten out of there just in time, and the next morning, I was greeted by my wife with "I told you so". That's okay. It was worth the trip. 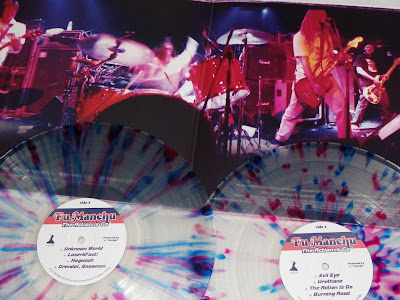 The sixth and final pressing of The Action Is Go. Limited to 400 on a very nice looking splatter vinyl.

You'd never heard of Fu Manchu previously? That really surprises me man. This is a fantastic record. I need this on vinyl!

Glad you're alright dude! That is a little close for comfort.

Good story. I liked the bit about how you'd never heard the band until a week ago and then you braved the bomber siege to check them out live.