Let There Be Exodus

I've got no problem with Dukes-era Exodus. Hell, I love the band's last few albums. Now, don't get stupid on me...of course they aren't as good as the classics, and nothing is going to touch Baloff at the mic for Bonded By Blood. With that said, was there really a need to re-record the classic first album with Dukes on vocals? The obvious answer is "no". The band didn't need release Let There Be Blood, but they wanted to have some fun and do it anyway. It isn't going to replace Bonded By Blood, so who cares. Gary Holt is still playing some great Thrash, so if the man wants to revisit this classic, respect the man, and chill the fuck out. 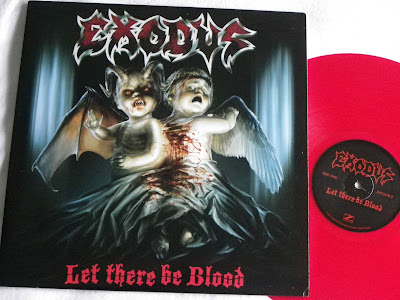 Let There Be Blood was released in 2009, and it took me until 2013 to finally listen to it, so I obviously wasn't too interested in it. However, finding the vinyl on eBay for $10 was good enough for me. It is only going get a few listens, but for that price, it is more than welcome in my collection. 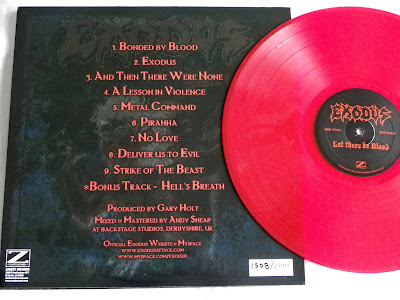 The best piece of this album is the Hell's Breath bonus track. Apparently this song was from the original 1983 rehearsals, and never properly recorded until now. Fuck, what a beast of a song! Love it. 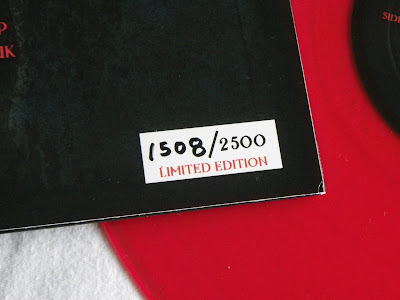