Back in the 90's, I loved Strife. As the decade went on, they moved in a more Metal direction but still held on to that Hardcore foundation. From those first two 7 inches to Truth Through Defiance...I loved it. As we moved into the 2000's, members of the band broke edge and released a turd of an album with Anger Means. Over time, I cared less and less for this band. Occassionally, I'd spin the early stuff, but for the most part, the more metallic stuff was ignored and forgotten. 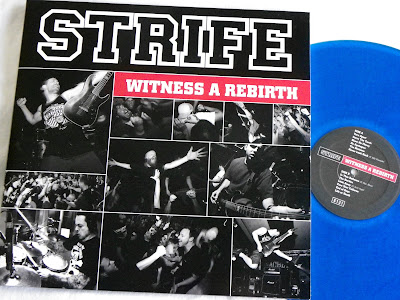 When I heard that Strife was releasing a new album last year, I really didn't give a shit. There was a ton of hype, and it seemed like kids everywhere were losing thier minds over this new record, but I still had zero interest in checking it out. What changed my mind was a review over at SWNK.

"The tuning is all wrong, it sounds like the fucking First Step or something."

"It sounds too much like a straight up hardcore band."

"I’m sure someone out there will try and quote the first xStrifex record flame still burns about now, but we all know it sucked."

Okay...fuck him. My knee jerk reaction was a sudden interest to check out this record. 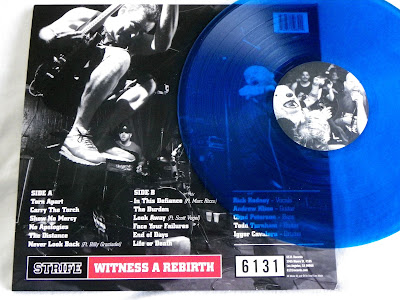 The album itself is better than I expected, but in the end it is just okay. It does tend to lean more towards One Truth than In This Defiance, but no one is really going to confuse this with the greatness that was The First Step. It isn't terrible, but it also isn't something that I'm going to be reaching for very often. Oh, and the guest vocals from Biohazard, Ill Nino, and Terror is a big bucket of "who gives a fuck".

This sentence you wrote sums my feelings up perfectly:

When I heard that Strife was releasing a new album last year, I really didn't give a shit.

I don't even like 'Truth Through Defiance'. They've only ever done one good record, in my opinion, which is 'One Truth'. Such a good record. Since there was zero chance of this record being even half as good, I didn't bother and have zero interest.

Never really cared for Strife. And 'that other Mike' (Doghead) 's review didn't change that either.

Your post makes me want to put up "What We Know" again.

Initially I thought this record was pretty good. But I'm never gonna reach for it over the early stuff so yeah I guess it is a bit 'meh!!'. It's decent enough considering the absence though.