The very first Record Store Day, back in 2008, was held with very little fanfare. There were no RSD exclusive pressings. It was basically just a day to recognize those record stores that had made it through the tough digital download times, and were still standing. That first year, Jeff and I made a stop at Enterprise Records in downtown Portland. Enterprise specializes in used records and makes no fuss over Record Store Day. Tired of all the hype, it seemed fitting that for the 5th anniversary of Record Store Day, Jeff and I make the trip into Portland to visit Enterprise and dig through the dustbins for lost treasures. With the two of us the only customers in the store, and Seger's great Back In '72 album playing on the store's stereo, we rolled up our sleeves and starting flipping through the stacks of used vinyl. 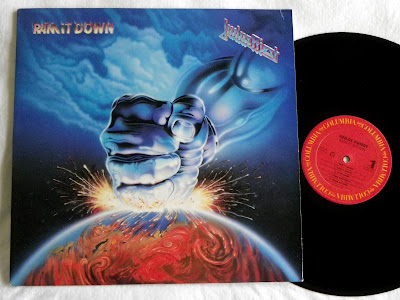 I picked up some Judas Priest vinyl at Enterprise 5 years ago, so it seemed fitting that I fill some holes in my Priest record collection this Record Store Day. While the songs were writen at the same time as Turbo, Ram It Down showed the heavier, faster side of Priest. The band put away the hairspray and synths, and with Halford's opening scream, Ram It Down exlaims that Priest were back. Finding this album still sealed made it one of my favorite finds of the day. 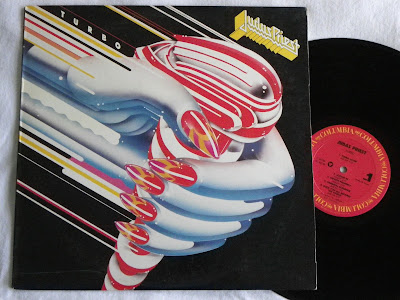 While I was initially disappointed when Priest released Turbo, I still enjoy it. This album is full of memories from my 16 year old self...hanging out with friends and cruising out to the beach with this tape in the deck and turned up full blast. Perfect, cheesy Heavy Metal songs for the summer. 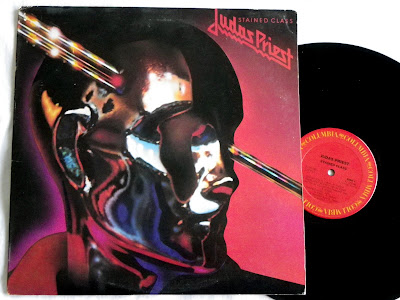 Here we go...now, Stained Class is true Priest classic. This album must have melted faces all over the place when it dropped in '78. Seriously...good luck finding anything heavier than this from that time. 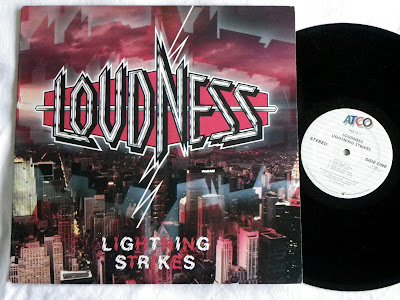 I was a casual Loudness fan back in the 80's. I do remember going to see them live during the summer of 1987. I don't really remember much about seeing their set, instead I held on to memories of my friend throwing ice cubes at the guitarist of TNT and hitting him in the face, and the group of us chanting "Slayer" during Stryper's set. 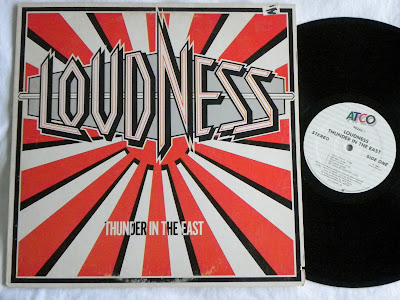 Thunder In The East is when Loudness finally made their mark in the U.S., and got me to pay attention. I've always intended on holding out and buying a Japanese pressing of this album, as it felt like something cool to do...but seeing this US pressing for $4 in the used bin while holding an armful of 80's Metal records...well, it was too much to resist. 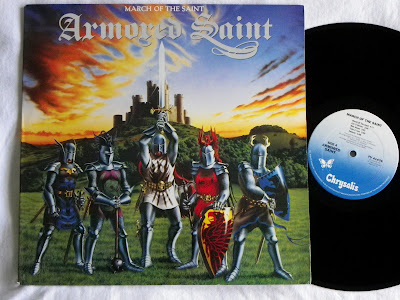 John Bush had a couple of good albums with Anthrax, but Armored Saint is where he really shined. March Of The Saint was the band's full length debut, and one of my favorites. 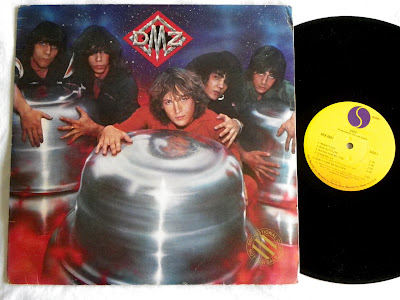 On the more Punk side, I picked up the DMZ LP. Late 70's Punk with some raw surf guitar influence...this shit is unexpectedly good and hyper. 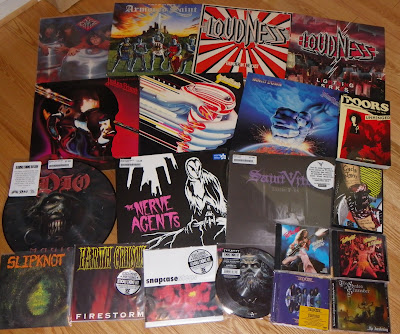 Throw in a book signing from John Densmore of The Doors, a few CDs, and the new Circle Jerks DVD, and I'd say I pulled in a pretty good haul for the day!

I found this more interesting than your actual RSD scores mike. Great finds!

I agree. Picking up used metal albums is way cooler than this year's crop of RSD releases. Still, there is no excuse for Loudness. They really kind of sucked.

If I thought people were interested in used metal albums record store finds, I would be posting every weekend!