Wizards And A Heretic

Orchid's new album, The Mouths Of Madness,is one of the most anticipated releases for me this year. I love Black Sabbath, and Orchid is like hopping into a time machine back to 1971 and listening to Sabbath's follow up to Paranoid from an alternate universe. I can not get enough of this band. 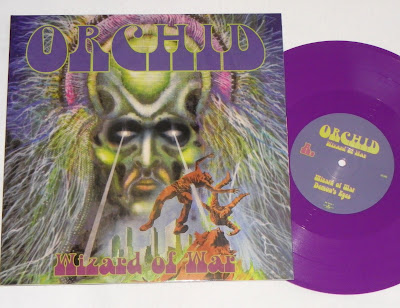 As a preview of the new album, Orchid released a 10 inch single for Wizard Of War. Like their previous EP, Heretic, Nuclear Blast released this on vinyl as a 10 inch. 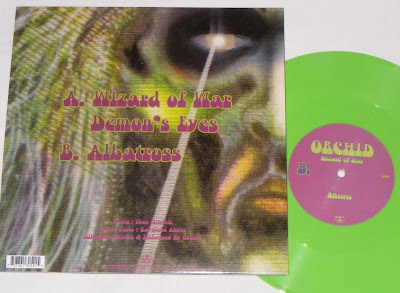 The 10 inch contains three songs...a preview track from the new album, a song exclusive to this release, as well as Albatross that was previously released on the band's Capricorn LP. 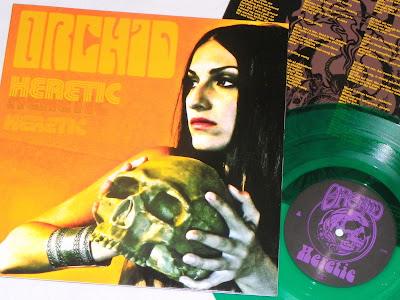 In addition to a couple copies of the new Orchid single, I figured that I'd throw in one of the new pressings for their Heretic EP as well. 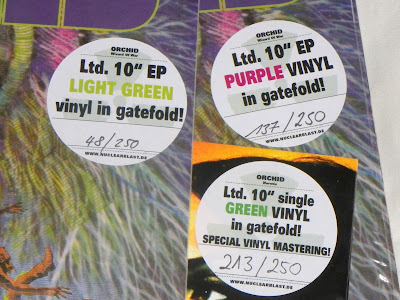 Each one is hand numbered and limited to 250.