I can't just go on eBay and look around. I should know that by now. Back at the end of January, I spent a couple of days in my 1986 playlist. When The Exploited's Jesus Is Dead EP started playing, I was reminded that I didn't have a copy of their Live At The Whitehouse album, so I thought that I'd just do a quick eBay search. I wasn't planning on buying anything...nope, just looking. That's when I stumbled upon this copy of GBH's 1989 album A Fridge Too Far...sealed...for $7.00. Fuck. What am I supposed to do, not buy it? 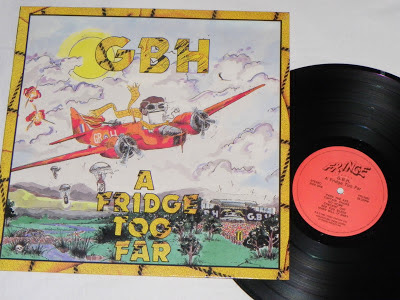 I'd never heard the Fridge Too Far album. No Need To Panic was one of the first GBH albums that I'd heard back in the late 80's, and I even enjoyed 1990's From Here To Reality. With A Fridge Too Far released right between them, you'd have thought that I would have heard it before now. Nope. It had completely escaped me. When I saw the chance to win the album for cheap, I downloaded it, and five minutes later I was giving it my first listen. Thank you, technology. 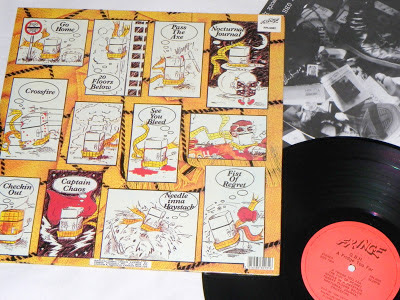 This album has a similar sound to No Need To Panic, so I was instantly hooked. I threw down my bid, and waited out the last few hours of the auction. Obviously, no one else cared, as I won with one bid.