The last new release that I bought from Revelation may have been The Most from Down To Nothing. That was in 2007. Goddamn. Where have you been REV? Now, after getting bombarded with vinyl repressings for the past year, the label finally delivers a new record...and they come out of the gates with a bang. Hopefully this Rival Mob record breathes some new life into the label. 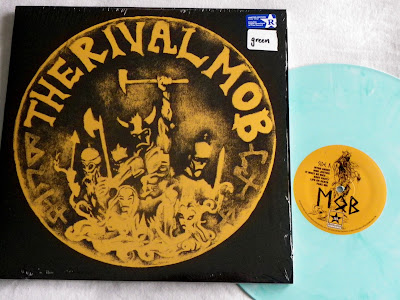 I hopped in when pre-orders went up, and was able to get the coveted seafoam green colored vinyl. This color was limited to 438 and it was sold out within a couple of hours. 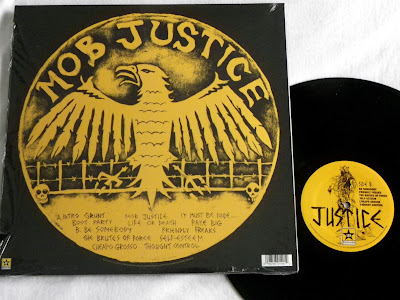 I wasn't really paying much attention when I was placing my original order. I assumed that the black vinyl was the most common pressing so I skipped on ordering it, figuring that I'd pick it up at some other time down the road. A couple of weeks after that order, I realized that black vinyl wasn't the most common, and I had to head back to REVHQ to get my order in before I was too late. Crisis averted. Black vinyl is limited to 655. 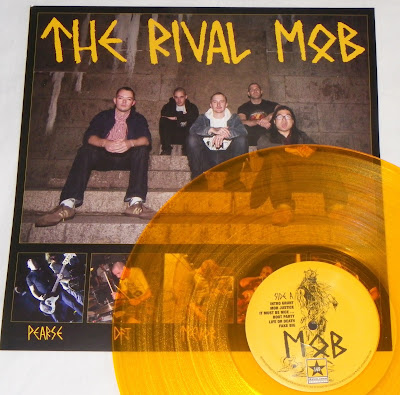 Not only does the singer, Brendan, remind me of Choke in this picture, but he is also rockin' a sweet looking Motorhead shirt. Right on. Gold was the most common color for the first pressing with 1,095 pieces. 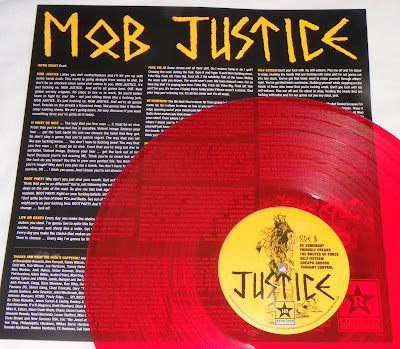 The first pressing consisted of over 2,000 pieces of vinyl...and yet two months later, just as the record was starting to ship, Mob Justice was sold out and preorders went up for the second pressing on red. 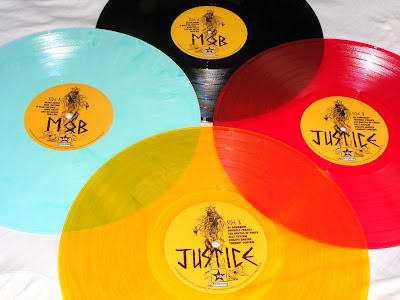 Man, those colors look good together.

Further proof that I am the only human on the planet who didn't get a green one. Argh!

Good final pic there though, and the first I have seen of a complete set. Nice work!

I'm pretty sure Rev is releasing a new Down To Nothing LP soon as well, cool to see them releasing more new stuff rather than constant represses of represses.