Some people just "get" hardcore. They understand the purity of it's values, and don't compromise them for their own gain. David at Salad Days Records is one of these people. He is a genuine dude...positive...straight edge...hardcore. Every time I've spoken with him, I walk away with a smile on my face. The integrity he carries with him, flows over to his record label and bands that he plays with. I have nothing but respect for everything he has done. 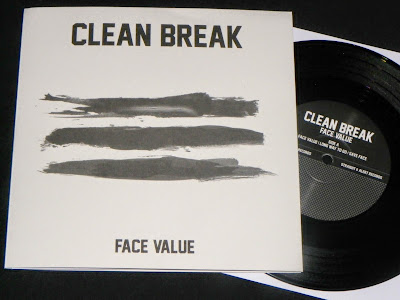 David's newest band, Clean Break, has knocked me off my feet. If you follow this blog regularly, you know that I've been pretty much doing nothing but listening to a steady stream of Heavy Metal for the past six months. The one big exception has been the new Clean Break record. 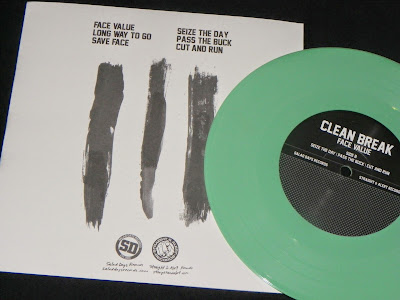 Man, this thing is a blast. Straight Edge Hardcore. 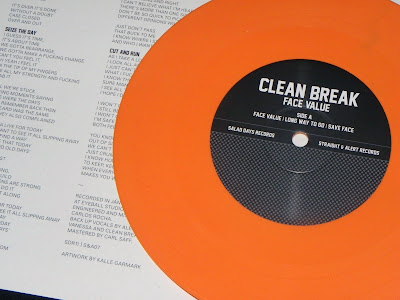 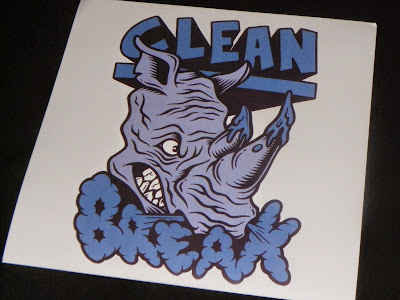 Clean Break recently did a small tour around Europe. You know what that means, don't you? Special tour press cover! 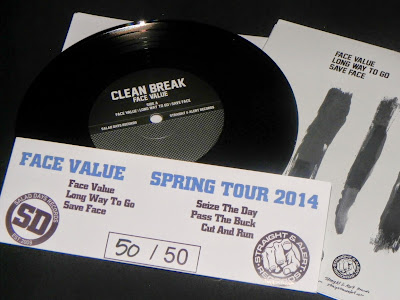 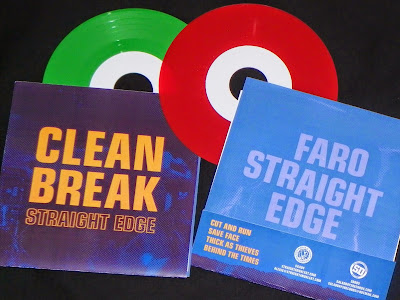 In addition to the new record from Clean Break, we also get their 2013 demo pressed to vinyl. I love the raw sound of these songs. 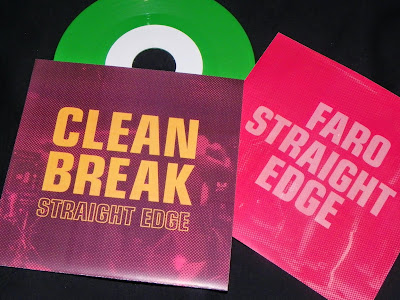 In addition to the regular pressings, there were 50 green vinyl with a red cover. 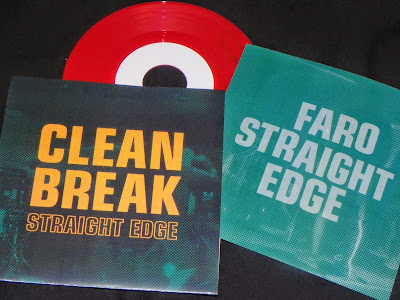 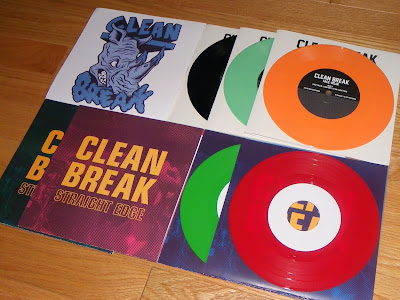 When these records first went up for sale, David said that he was going to hold some aside for me and get me a price. I waited and waited...I asked him how much I could pay him, and he kept putting me off saying that he was going to get to it. The band went on tour, and still I waited. I stopped asking about them, knowing that when he was ready, he would give me the price to ship them out to me. Quite by surprise, a package finally showed up at my door. Inside were all the Clean Break records and a couple of t-shirts...no charge. Damn, David is one of the good dudes. Thanks, man.