Last year I picked up the pre-release pressing of the Sacred Love/Secret People split 7 inch. I had no idea why this was getting a "pre-release", or what the hold up was with the regular press, but two months later, Upside Down Records finally delivered. 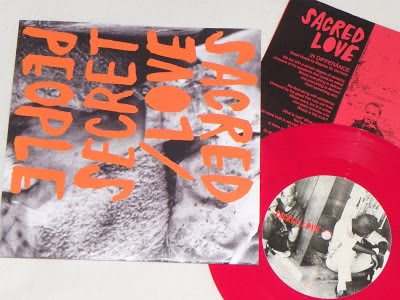 Man, I can't talk highly enough of the new Sacred Love song on this split. Yeah, I liked their two other records, but In Differånce just blows me away and makes me appreciate the band so much more. 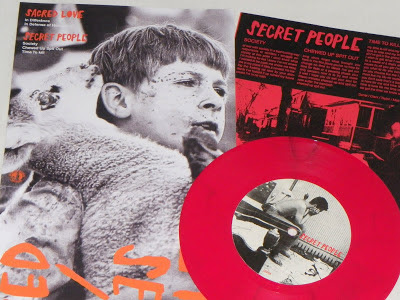 Have I mentioned how much I love Secret People? Yes, I think that I have. Get into this band. 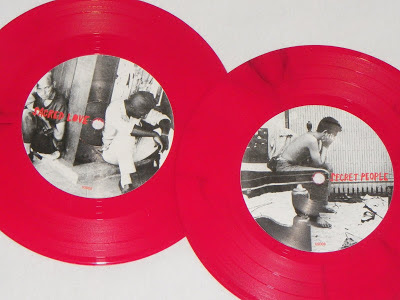 I love this record, so when Upside Down Records put the record up in their bigcartel store I ordered both the black and red pressings. Something got lost in the translation, because I ended up with two red copies.