I don't believe in god, and I have this kind of juvenile, close minded, knee jerk reaction to anything slightly religious. When I noticed that my next post count was to be number 777, I decided to pull the most obnoxious record from the pile and move it to the top. 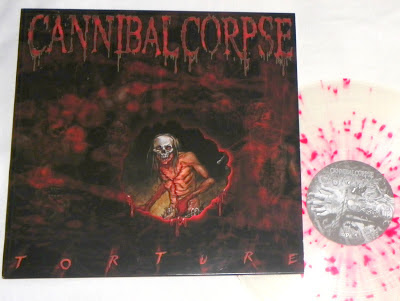 I've never really been able to hang with Death Metal. I was a total Metalhead as a kid, and loved that the sound was getting faster and more aggressive as I moved from Iron Maiden to Slayer, but around '89/90 things started to get even more extreme with bands like Obituary and Deicide. It was too chaotic for me, and those cookie monster vocals were the worst.

Last month I felt a need for something completely over the top. I wanted something that my wife would beg for me to turn off. I wanted something new and brutally heavy. When the Bravewords messageboard voted on their top albums from 2012, Cannibal Corpse was sitting at number 3. The band has been releasing albums since 1990, but I knew that it was time for me to give them a listen. 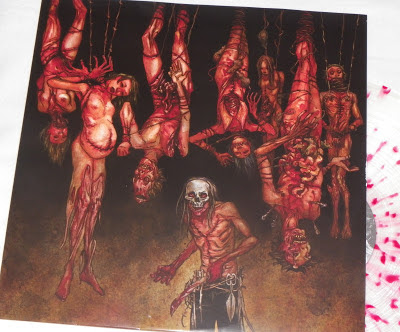 Torture was just the album that I was looking for. Violent and ugly. It isn't going to be my favorite Metal album by any stretch, but when I want to get absolutely pummeled for 44 minutes, I know that I can count on Torture to deliver. 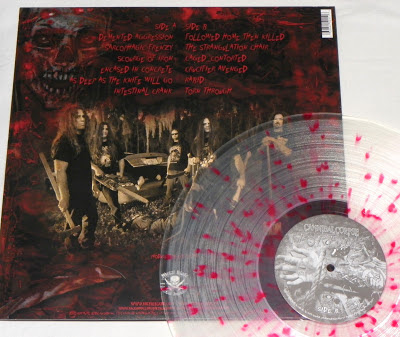 As far as I'm concerned one of the only acceptable times to use splatter vinyl is for Metal records...blood red on clear of course.