The first time that I'd heard of Grand Magus was through Sandwell. That guy has turned me on to so many new bands, I've lost count of them all. When he first posted about Grand Magus on his blog back in 2008, I paid little attention to it. However, over the summer of 2011 I began to worship at the altar of Rise Above Records. Ghost, Blood Ceremony, Gentleman's Pistols, The Gates Of Slumber...I could not get enough, so I started looking into the labels older releases. I remembered Sandwell's praise of Grand Magus' Iron Will LP, so I downloaded it to give it a listen. I probably listened to only two songs. Grand Magus didn't have the doomy sound that I was looking for, so I didn't bother giving it much of chance. Still, Mark liked them, so I kept the album on my iPod with the expectation that I'd check it out some other day.

When the band released their new album, The Hunt, in 2012, I was prepared to just ignore it. Again, Sandwell posted about the record on his blog which forced me to download it and give it a listen. This time, I committed myself to spend more time with it than I did with Iron Will. I added it to my iPod playlist and would listen to it while I went out for a run. The album took some time to sink in. It wasn't the Thrash or Doom that I'd been listening to. No, this was straight up Heavy Metal. Once it settled in that Grand Magus were cut from the same cloth as Maiden and Priest, and not Slayer or Exodus, I found that I really enjoyed it. 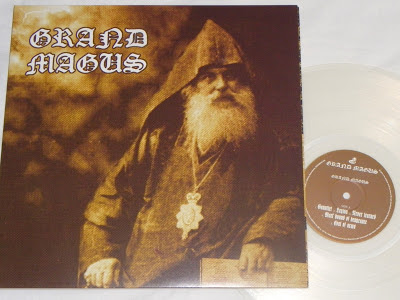 In January, I was making an attempt to pick up a few new 2012 releases that I'd missed last year. The newest Grand Magus album, The Hunt, was on that list. My first stop was the excellent distro All That Is Heavy, but the album was no longer in stock. They did, however, have one copy left of the self titled Grand Magus album...on clear vinyl. Rise Above Records no longer had this in stock...in fact they didn't have any info on their website for the clear vinyl...so I grabbed a copy before it was too late. 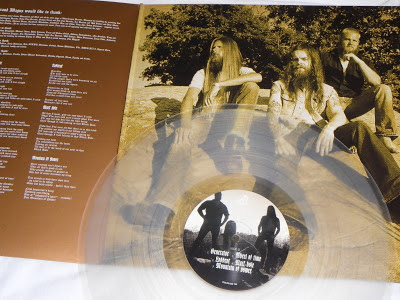 This album has a bit more of a doom sound than The Hunt, but damn, this is some great Metal..

The Hunt is an excellent album, no doubt about it. Really digging clear vinyl on your purchase, too.