I love when old 80's Metal bands keep the flame burning strong, and are still out there playing live and releasing new shit. Irregardless of what my parents were telling me back when I was 16, Heavy Metal will never die. 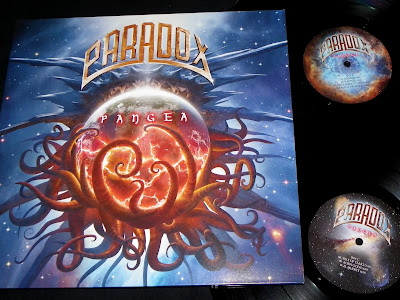 I first heard Paradox around late '89 or early '90. I picked up their Heresy CD, but as I was starting to lean more towards Hardcore at the time, I didn't really spend a lot of time with it. It was a good album for sure...but Hardcore quickly became my everything at the time, so it was quickly shelved and forgotten.

Since getting back into Metal, and spending my days hanging out in the Bravewords messageboard for the last few years, I'd occasionally hear the Paradox name dropped here and there. I was surprised to find that the band was still kicking around, but I never really looked in to what they had released. When I heard that the band had a new album coming out this year, I figured this was finally the time to jump in and check out what they were up to.

Their video release for the song Ballot or Bullet captured my attention immediately. The production gives it a bit of a modern feel, but this is 80's inspired Speed Metal through and through. I was sold on it instantly, and in my excitement, I quickly grabbed a copy on vinyl from Amazon.

Man, you squeeze this album in with the other big 80's band that have released an album this year, and it looks like the old school is going to dominate my Top 10 list for 2016. 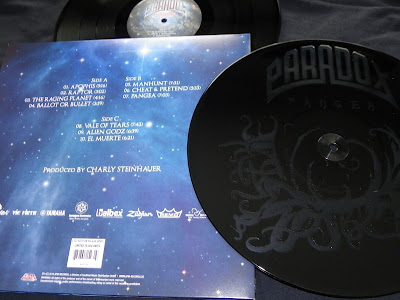 Seems like most Metal bands these days go for the double LP with the etching on the D-side. It's a good look, and Paradox step up with a nice looking etching for Pangea.