Ryan Waste, from Municipal Waste, has been letting the buzz around his new band, Bat, slowly build over the years. Releasing a demo in 2013, and then a 7 inch single in 2015, they finally drop their first album this year. Everything they have released so far has been pure gold, so the Wings Of Chains LP was one of my most anticipated releases this year. 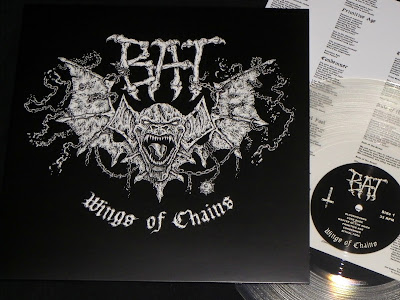 As soon as the album was available over at Hells Headbangers, I was in the store and picking up the clear vinyl pressing. 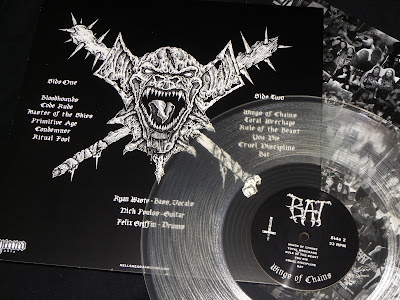 The only downside with this album is that literally half of the songs were released on different recordings. Twelve song LP, with six of them already appearing on the demo and last year's single. Damn. This thing rules though. Awesome Venom worship.