I can't help it. When I'm buying a record from a UK band...especially when I'm reaching back in time for an original pressing, only a UK pressing is going to fill the need. Buying US vinyl for an old UK band, just feels like cheating and taking short cuts to me. 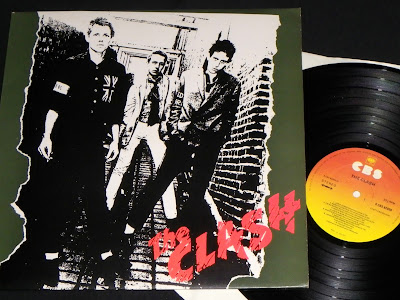 I've never been that big a fan of the Clash...never really understood was the fuss was all about. When I was stuck in my '77 playlist early this year, I was craving that early punk sound, so I decided to dust off an old Clash CD that I'd bought back in the mid-90's.

Man, I tried to get into that CD repeatedly over the years, but it never connected with me. It had been 8 years since I'd last given it a shot, and finding myself in a '77 frame of mind, the album started to click with me. It was a slow burn for sure. I completely expected to listen to it once, and then move on, but the damn thing ended up in my Recently Played playlist on my iPod, so it kept sneaking up on me, sandwiched between The Damned and Heartbreakers. After hearing it on consecutive days, strangely I found myself reaching for it, instead of having it just pop up randomly.

Wow. I don't know how it happened, but I think I like The Clash now. 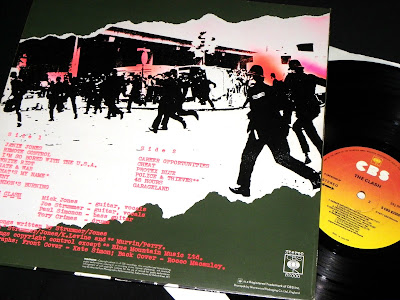 After picking up a copy of a UK pressing through the Discogs Marketplace, I was surprised to discover that the US pressing has a different tracklist, with five other songs that don't appear on the UK press. What the hell!?!? Now I feel like I'm going to have to pick up a cheap US press at some point.

Mark-Sandwell said...
This comment has been removed by the author.
7:17 AM