Two bands from Thrash's Big Four have released new albums in 2016...Megadeth and Anthrax...and I've fought them for months. I carry a chip on my shoulder for both bands for one reason or another, and I was convinced that they were going to flaming balls of shit that I wouldn't waste my time on. Still, the Metal community seems to be impressed with both albums, and after reading positive review after positive review for both Anthrax and Megadeth, I broke down and downloaded a copy of each.

The Anthrax album turned out to be a great surprise, but I still had doubts about Megadeth. 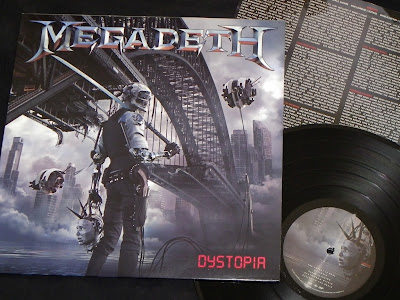 I never bothered with the last two Megadeth albums, and the general consensus was that they weren't all that great. I just figured that there was a lot better stuff being released from more exciting bands, so why would I bother wasting my time with Megadeth. With the new album, Dystopia, I tried to remain positive, and after listening to the download on my iPod a couple of times, the best I could come up with was, "Well, it doesn't suck". 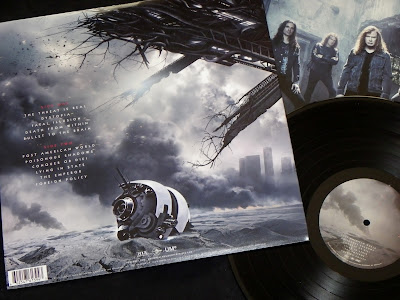 The jury is still out on how I feel about this album. At times, it seems like a nice throwback to Rust In Peace era Megadeth, yet this doesn't really excite me all that much. I'm not sure how often I'll reach for this record, but finding it at the local record store with a sale price tag of $11, I figured "What the hell?", and I grabbed a copy.