Mos Generator don't ever stop. After releasing one of my favorite records last year with Electric Mountain Majesty, Mos Generator have released three split 12 inches (one of which I still need to pick up), a split 7 inch, and a limited 7 inch...giving us a total of eleven new songs for 2015. While I wish the band would stop dicking around with the split record format, and just release everything on an LP, you've got to be impressed with their work ethic. 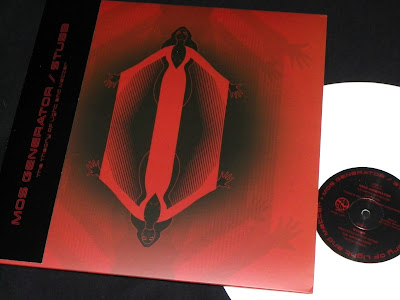 When I first receive this newest split with the band Stubb, I was quite confused. I dropped the needle to the record, and everything sounded like some kind of fucked up chaotic mess. It starts off with some spoken word intro, then drops into an old Mos Generator riff, and from there it goes off the rails with some atmospheric noise shit for the next 15 minutes. I figured that this must be the Stubb side, as it didn't sound like the Mos Generator I knew. I flip the record over...nope...while these songs don't sound bad, they sure aren't Mos Generator. Must be Stubb. So what the hell was going on with my Mos Generator side?!? I fired off a message to Tony Reed from the band, and he wasn't aware of any issue, so I finally reached out to the record label. Yup...seems like there was an error at the pressing plant, and while the majority of the pressing turned out fine, a few of them must have been pressed with the wrong or faulty plates. Mine was all fucked up, and they offered to send me a replacement copy. Here we are three months later, and I'm still waiting. 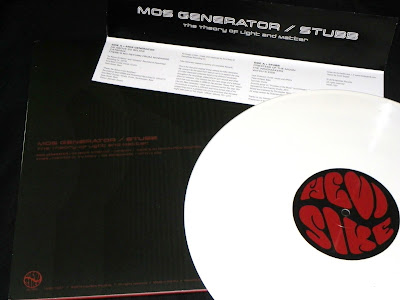 Tony Reed is a solid dude, and when we coordinated a three way deal between me, him and HeviSike out of the UK, Tony emailed me mp3s of the songs so that I could listen to them while I waited for the record to arrive. I'm glad to have them because these songs are damn good.