I've mentioned that I've had a bit of a Saxon obsession going this year, so when it came time to pre-order their new album, Battering Ram, I couldn't resist the temptation to go big. 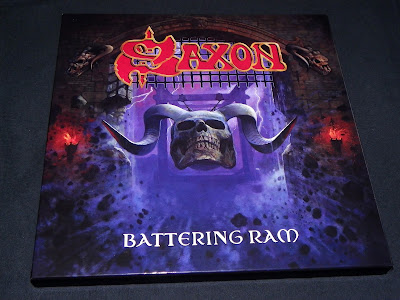 I probably didn't really "need" the box set, but what can I say...my love knows no price. 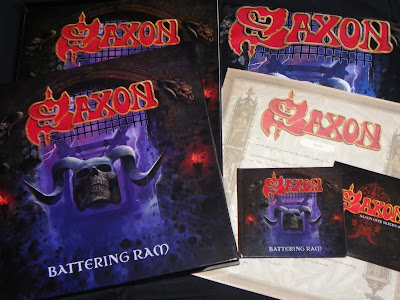 Included with the vinyl, is a t-shirt, CD, and an exclusive live CD from a Saxon show in 2011. At this point, Saxon may rival Iron Maiden with the number of recorded live sets they have released. Like Maiden, Saxon love their live albums. 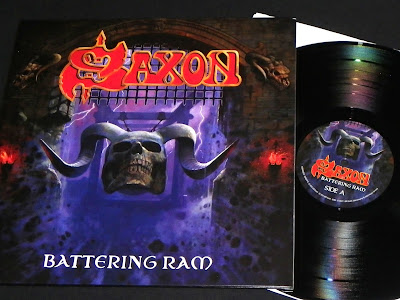 With the exception of a few clunkers in the mid-80's, you can't go wrong with any Saxon albums. Battering Ram is Saxon's 21st studio album, and the band show no signs of slowing down or losing any of that fire. While some older bands can only manage to release an album once every five years, Saxon keeps pouring out quality material. 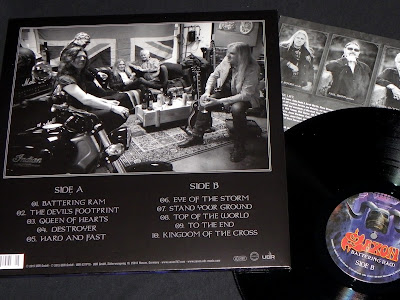 While Saxon no longer has their full original line up, it is impressive to think that the Battering Ram line up have been together and pumping out albums for about 20 years. 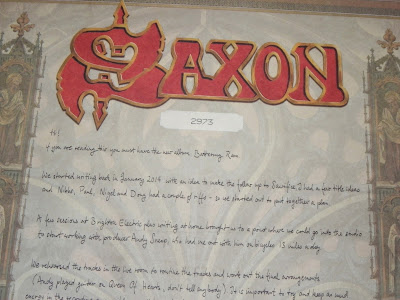 Included is also a numbered sheet with liner notes on the recording of the album that is exclusive to the box set. 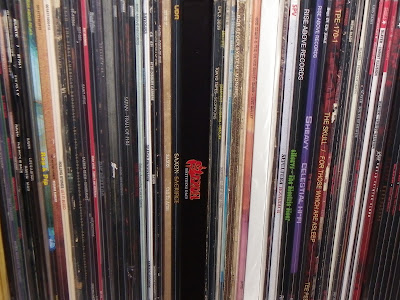 I'm a visual kind of guy, and I like a nice thick spine for the records on my shelf, and nothing tops how a box set looks.

I saw Saxon in a small Colorado Springs live music bar, for only eight bucks, back in the 80's. Great show.