Back in December, Rise Above announced that they had repressed the first four Grand Magus albums, and they were available in the label's webstore. I was in a tight spot with money at the time, and since there weren't any cool extras with the more limited pressing, I decided to pass on them at the time. 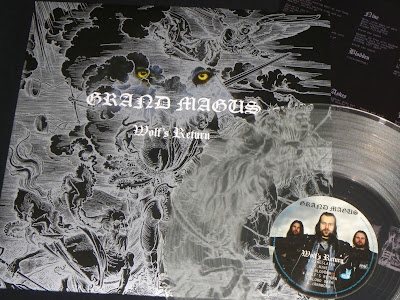 Limited Rise Above releases tend to sell out quickly, so when I found myself in the store picking up the new Lucifer 7 inch, I was surprised to find that the Grand Magus clear vinyl pressings were still available. Since I was already buying something, it would be foolish to not add one more record to the order.

While I'm a big fan of Grand Magus, somehow I'd not heard their Wolf's Return album, so I figured that this was a good opportunity to remedy that situation. 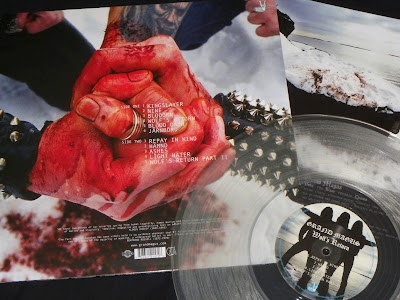 While I initially wasn't too keen on shelling out the extra money to buy from Rise Above and secure the limited clear vinyl, now that I have one album, I suddenly have a burning desire to own the rest of them. Hopefully I can make it back to the Rise Above store before it is too late.

The electric wizard represses were slow sellers which is weird as five years ago they would have been gone within the hour of them going online. Maybe rise above are losing steam with the represses and stupid amount of colours they put out. Stupidly overpriced postage rates don't help either.