I've been trying to avoid the additional costs of buying stuff direct from Rise Above. My mantra has been "Buy the US pressing. Save money. You don't need the most limited pressing.". I figured that if I repeated it often enough, then I might actually start to believe it is true. Yet, here I am again, unable to resist the devil's call. 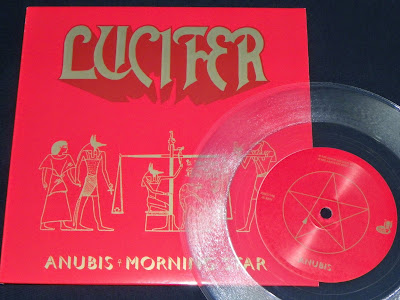 Last year, The Oath blew in from out of nowhere, raced up the hype charts, quickly imploded and were gone. The band was over almost before they began. Singer, Johanna, is apparently not one to sit around, and she quickly assembled a new band under the name of Lucifer...and given the success of The Oath, Rise Above was quick to strike while the iron was hot, and released this two song debut. Solid. 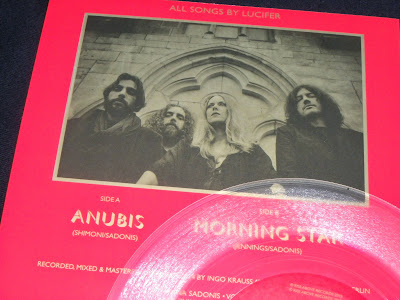