Since reuniting in 2004, every release from Death Angel has been solid. When it was announced they were releasing a new album this year, I was eagerly anticipating it's arrival. 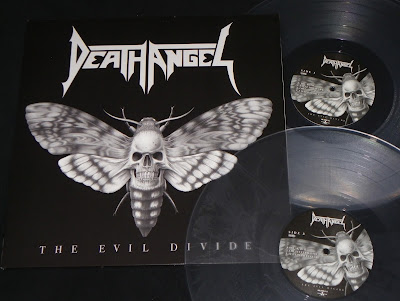 Their fifth album since reuniting, and Death Angel haven't lost a step...still thrashing with The Evil Divide. There are very few bands that sound just as urgent and vital in 2016 as they did back when they released their debut in 1987...Death Angel are one of those bands. 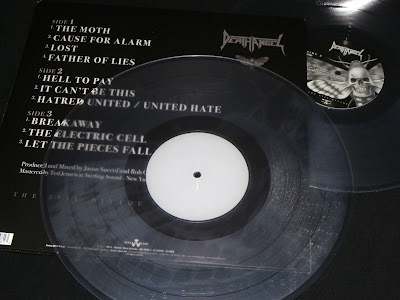 Etched vinyl on clear wax is difficult to photograph. 300 pressed on clear. 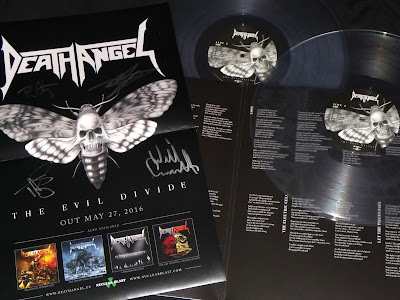 The copy that I'd ordered from Nuclear Blast, came with a promo poster signed by the band.