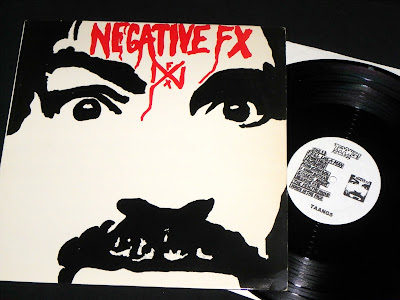 While I still can get caught up in new releases, I'm trying to commit myself to being more of an old curmudgeon, and to live in the past.

I was late to the party with Negative FX. Even though I was heavily into Slapshot when I first got into Hardcore, for one reason or another, I completely missed the boat on Negative FX until the mid-00's. 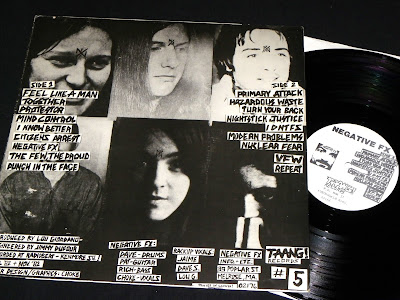 These days, that Negative FX album easily tops any of those Slapshot records, so on my mission to concentrate on knocking some classics off my Want List this year, it feels great to finally add this to the collection.

I'm exactly the same. I've got a massive want list of a lot of older stuff, some of it pricey, some not. But I am always chasing new bands, new records etc and hence neglecting those older releases. It's an uphill battle.

I know I probably seem like one of these 'live in the past' type people as most of what I buy seems to be older shit. But it's more just that I focus on buying what is available at the time. In any given week, I'm watching stuff on eBay and discogs, and (sometimes) aware of new releases dropping. I just decide where to focus based on my perception of what will still be available next week. If I spot a rarity in eBay then that comes first, unless it's up every few weeks or going for an insane price. But the same applies to some new releases. We all knew the No Tolerance LP on red would go quick so that was the priority that day (and in a cruel twist of fate I ended up not getting one in the end). But all this is a long winded way of saying that you shouldn't really go one way or the other. Keep your eyes open and pick up the old shit when it appears for a good price rather than swing between and old and new as the seasons change.
Sorry, don't mean to preach. Just trying to offer insight as to how I approach it.

Sometimes I flip through the new releases from the past few years, and ask myself, "Will I ever really listen to this again?", and then realize that I don't own some classic stuff from the early 80's, and I scratch my head over how my priorities got off track. It it a delicate balancing act.

My only two vices at the moment are pointless represses, since I want to keep my collection up to date and rebuying all my favourites from the 90's on vinyl to replace the cd version despite some of them didn't really stood the test of time. Do I really need Spaghetti Incident on vinyl? Probably not...did I buy it? Hell yes.