Gruesome were never out to break new ground or push the boundaries of Metal. With their debut album last year, the band's only mission was to pay tribute to Chuck Schuldiner (R.I.P.) and those early Death records. Savage Land was a deliberate nod to the greatness of Leprosy and Spiritual Healing, and they nailed that sound so well, it became one of my favorite records that year. 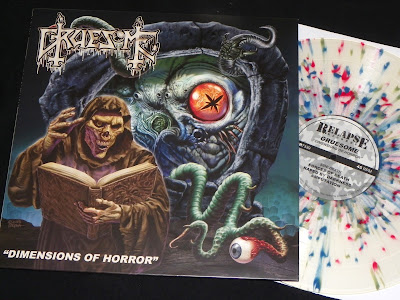 I expected Gruesome to come raging in, bludgeon us with some old school Death Metal, and then ride off to the gates of Hell. I figured that they would be "one and done", and that would be it. So I was surprised to hear that the band was releasing a follow up EP this year. 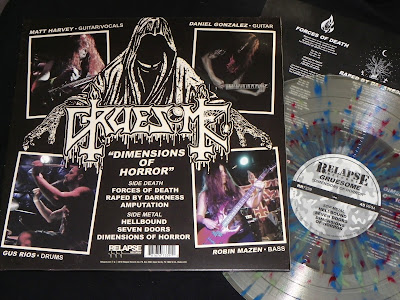 This time around, Gruesome are still paying tribute, but instead take us back to the sound of Death's debut, Scream Bloody Gore. Things are a bit more raw this time around...the vocals a bit more guttural...and it still feels like some long lost basement tapes from Chuck.