Youngblood Records has a bit of a reputation on moving at their own pace. They release records for some of the best bands, and are honest and trustworthy...but they ain't in any kind of rush to get shit out the door. So when Chris from Unwavering Spirit contacted me about the pre-release of the new Stand Off 7 inch, I jumped at the chance to get my hands on a copy. Who knows? Preorders for this record may not go live until 2017. 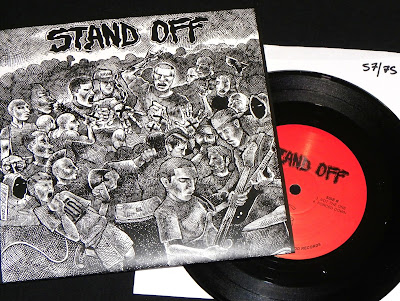 Four songs, plus a cover from The Abused, this entire 7 inch is over in six minutes. Gruff, early NY Hardcore influence from this band. It doesn't blow my socks off, but it is pretty good for what it is. Considering these songs are from the band's 2014 demo, I'd be interested to hear what they are up to now. 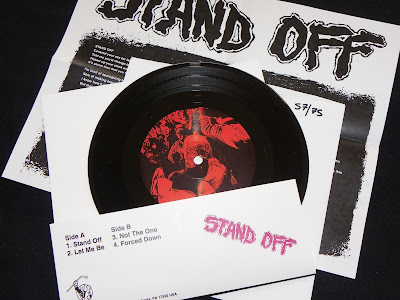 Specially released for the Damage City Fest, and limited to 75.