Despite having been around since 1989, Gamma Ray and I sat down for the first time and got to know each other last summer.

I'd never paid the band any attention before, but remembering that Doug once told me that Gamma Ray was basically the same as early Helloween, I figured that I'd take the plunge and check them out when I was looking for something new. 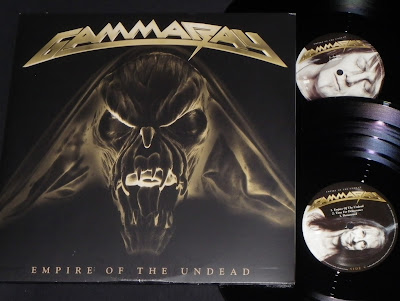 Sometimes music hits you when you least expect it, and when I sat down to check out Gamma Ray, I had no idea how quickly I was going to become obsessed with them. I'd always kind of kept Power Metal at arms length, preferring the all out attack of Thrash instead, but man, they soon sank their hooks in deep, and didn't let go. The band have eleven studio albums, and I currently have five of them sitting on my iPod.

When it came time to start adding some vinyl to the collection, it was a tough call on where to begin. While Land Of The Free from 1995 can command a price tag easily over $100, I figured that maybe I'd start by setting my sights a little lower, and aimed for 2014's Empire Of The Undead. A search of the discogs marketplace quickly revealed a still sealed copy that some seller was looking to unload for only $14. Sold. 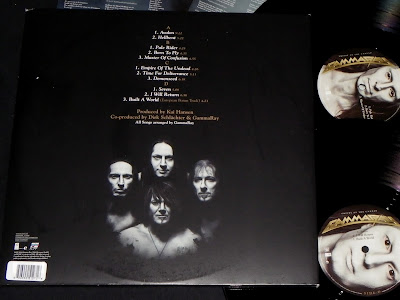 Man, I'm eating this stuff up lately. How long will it take for me to break the bank, and make a run at Land Of The Free?