The Eagle Has Landed

When I was picking up the Sammy Hagar Heavy Metal single a couple weeks back, my cart was a little light, so I hit up the list of vinyl that the discogs seller had available. You know...buying a $3.50 piece of vinyl from overseas feels a little pointless, unless you can pad your order with more records. 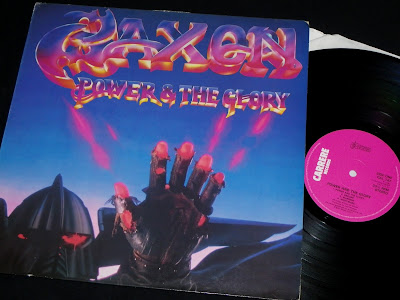 I was crazy over Saxon last year, and I started the hunt for original UK pressings of their early records. My intent was to collect them all in chronological order, but after seeing this seller with a copy of Power & The Glory available, I snatched it up...the $9 price tag helped sway my decision as well. 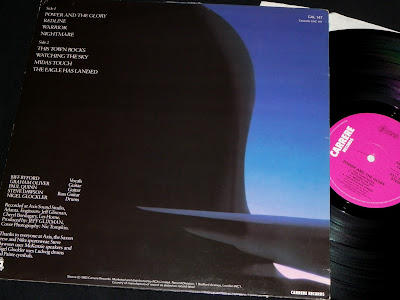 While it might be a little outside of what would be considered Saxon's classic period, Power & The Glory is no slouch, with the title track and The Eagle Has Landed being setlist staples to this day. It is funny, when I saw Saxon live for the first time early last year, they played The Eagle Has Landed, and I was kind of underwhelmed with the song. I really wasn't familiar with it at the time, so I kind of wrote it off. By the time I'd seen the band for the second time, later that year, I knew the song a bit better, and when they played it here in Maine, it became one of my favorite songs of the night. Truly epic.