After releasing their excellent full length Electric Mountain Majesty in 2014, Mos Generator cranked out three split 12 inches in 2015. Throw in a couple of 7 inch releases, and guitarist/singer Tony Reed's solo project of obscure 70's covers, and you've got to be impressed by the dude's work ethic. 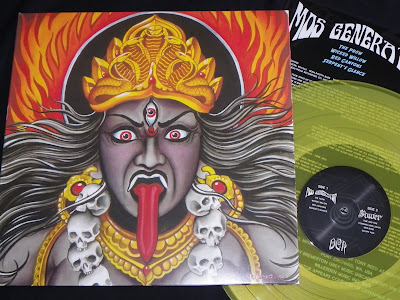 The four songs on this newest split remind me why I lost my mind over the Electric Mountain Majesty album a couple years ago. The band continues to impress with their stoner/doom sound. One of the cooler things about this record is the Voivod cover of The Prow. It seems like kind of an oddball cover for Mos Generator to do, and while it is a bit of a different sound than the three other songs on the split, the band pull it off flawlessly. Well done. 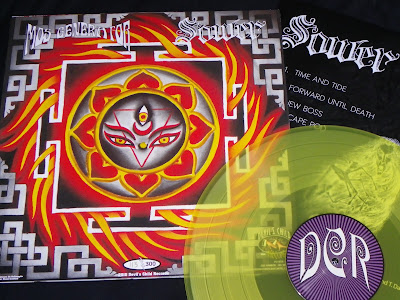 For most Mos Generator splits, the band on the flip side rarely does anything for me, and that is the case with Sower. Not terrible, but nothing that I'd reach for on a regular basis. 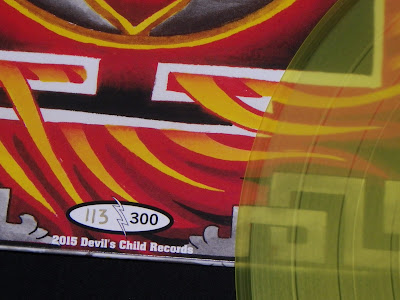 Pressed on three different colors of vinyl...red, yellow and grey. 100 pressed of each. 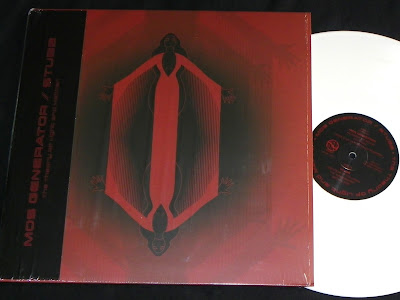 Since there was a pressing error with the Mos Generator / Stubb split that I received last year, Tony made good on his promise and sent me a replacement copy of the record.