Every great band inevitably ends. We can only hope that they call it quits before they overstay their welcome, and embarrass themselves. Mindset have been one of the best Hardcore bands from the last 10 years, and while I hate to see them go, at least you can remain confident that their entire output was solid as fuck. 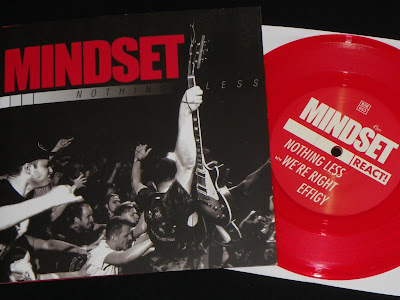 To be honest, it has taken me a while to sit down and listen to this three song finale. I mean, this is it. These are Mindset's last songs. Once I'd listened to them, there would be nothing new from Mindset. Once I'd heard these songs, it would be like a final goodbye...no going back...and as strange as it might sound, it was kind of sad to think about only seeing the band in my rearview mirror. So I delayed playing this record for weeks...waiting for the perfect moment to pay my respects. 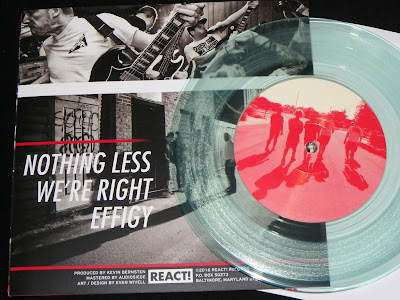 Let's face it, I'm an old dude...and while there are still newer Hardcore bands that I like, none of them have set me on fire like Mindset did. One of the most disappointing things about Mindset breaking up, is that I truly don't think that I will ever have that same connection to a band's passion and intensity like I did with them. I haven't had that same drive with newer bands, and maybe someone will come along and shake me up, but with Mindset moving on, it just seems like the end of an era for me. 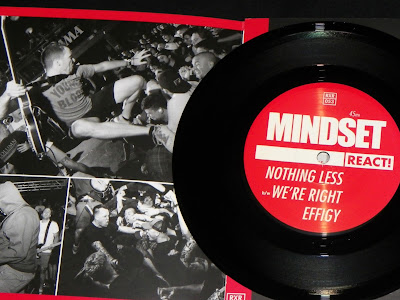 So what about the Nothing Less record? No surprise, these last songs cement Mindset's legacy as being of of this decade's greats...an extension of Leave No Doubt, while still keeping it fresh and exciting. R.I.P. Mindset. You will be missed.

Till the inevitable reunion tour and 7" release in 5 years