I've obviously backed off on buying every Hardcore record that is released this year. Spending most of my time listening to shit from the 80's, made it impossible to keep up with what is going on today, and frankly, I have too many second rate Hardcore records that I don't have time to listen to now, so what is the point of adding 50 more. That's is not to say that I don't still love the core...just saying that I don't have the time or money to stay on top of each and every band anymore.

Still, every once in while, I'll see a preorder go up, and I'll fell the impulse to try something new...I'll roll the dice and pick up a new Hardcore band. Such was the case with Head Creeps. 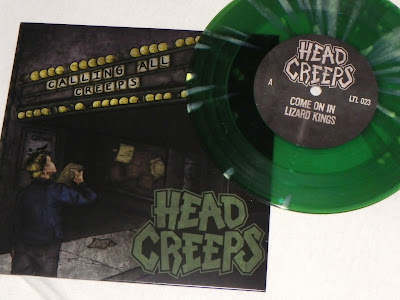 I remember downloading the Head Creeps demo at some point last year, and while I couldn't really name any of the songs from it, I recalled that I did like what I'd heard. So, back in May, when Life To Live put up preorders for the bands new 7 inch, I threw caution to the wind, and dropped the $6 for it.

Outside of the Sweet Jesus preorders, the Head Creeps took the longest time to arrive. I'm not sure what the delay was, but I was happen to see the record arrive three months later. 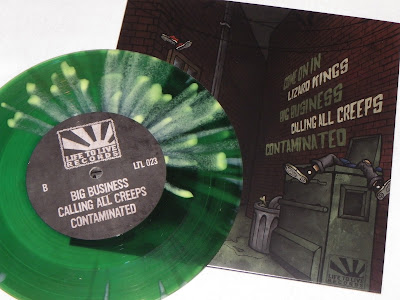 The Head Creeps are really good...basically a Hardcore band out looking to have a ton of fun, and their songs reflect that. Another solid release from Life to Live.