Bats In The Belfry

After Christmas, it seemed like eBay was a ghost town. All the records that I was watching with the thought of "I'll take it if I can get it for a good price", were just falling into my lap. No one else was bidding, and the deals were too good to pass up. I'd already spent a lot more money than I'd wanted to this month, but then I saw Overkill's ReliXIV album on vinyl with a low starting bid...once again, I'd found myself as the only bidder. 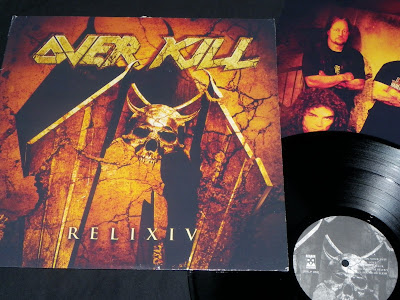 Overkill are one of my favorite Metal bands of all time. They first released their Power In Black demo in 1983, and here they are, over thirty years later, still putting out consistently impressive albums. How many bands can you name that have that strong of a track record? Impressive as fuck. 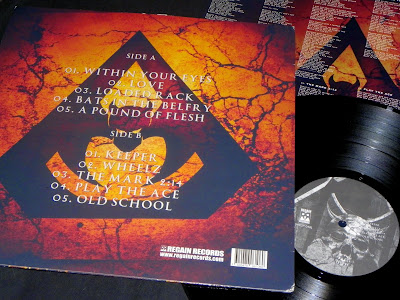 As much as I love Overkill, my record collection for them is pathetic. I hope to remedy this over the coming year, and the first step is with their 2005 album, ReliXIV. While this album did get the vinyl reissue treatment in 2013, I made sure that I grabbed the original first press that was on some label out of Sweden. Vinyl obviously wasn't a hot commodity back in 2005, but I'm impressed to see that someone still cared enough to release it on wax.