For as long as I can remember, I've struggled to keep up to date with this blog. For the most part, I was getting records in the mail faster than I could write about them, and a twenty post backlog became the norm. This is no longer the case. As of right now, beyond this post, I have nothing waiting in the wings. Sure, I still have outstanding orders with a few labels, and a couple records on the way from recent eBay wins, but as of now, I'm all caught up. Worst. Feeling. Ever. 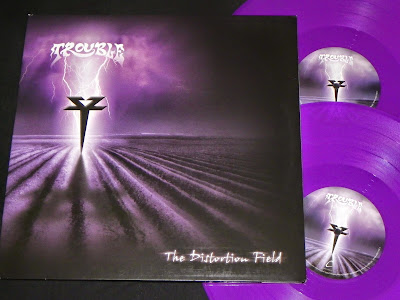 Not many people are going to be too enthusiastic when a band brings in a new singer, and without Wagner behind the mic, a new Trouble album didn't have the same level of excitement around it. For one reason or another, I still downloaded The Distortion Field, and while I wasn't expecting much, I was surprised at how much I ended up enjoying it. Don't compare it to those classic Trouble albums, and this is actually quite a strong release. I don't know...I can't help but draw comparisons to those first couple of Black Sabbath albums when they brought in Tony Martin...it isn't what you expect to hear, but if you go in with a fresh outlook, you are going to be surprised at how good it really is. 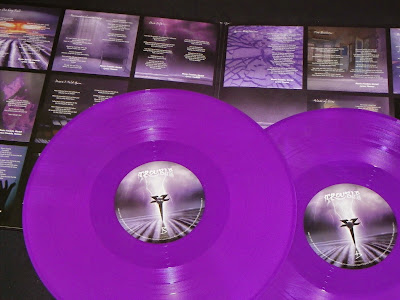 A month or so ago, when I was posting about the new Skull album, it dawned on me that I'd never picked up that last Trouble record. I kind of felt bad about rushing out to buy the new album from Wager, when I'd still never bothered to pick up the last Trouble album. Damn, it still has guitarists Wartell and Franklin, so what the hell was I waiting for? Once I found the double LP Euro import, on eBay, from a US seller, for $15, the deal was done.