Back in December when I was posting about the new Done Dying records that I'd received, I stopped by the Irish Voodoo site to get some info on pressing numbers and was surprised to see that a second pressing was available.

Of course I didn't hesitate to order a copy. 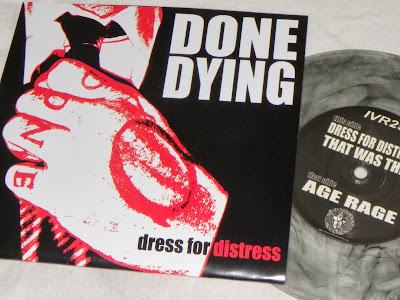 100 pressed on clear with black vinyl. It looks like a third pressing will be available soon, so I'll have to keep my eyes open for that. 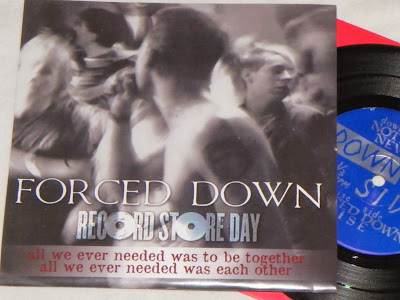 While in the Irish Voodoo store, this Forced Down record caught my eye. Nothing really new here. The band found some lost copies of the Rise 7 inch in storage. They were without covers, so they worked with Irish Voodoo to help sell them. There were three different covers in all, but the one that interested me the most was the one with the Record Store Day sleeve. 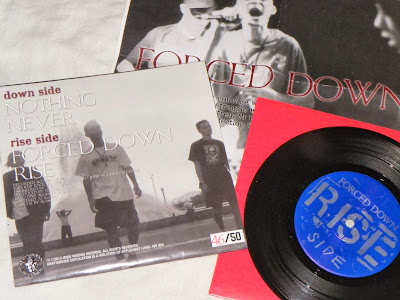 Forced Down were around in the late 80's/early 90's. Still worth picking up vinyl from them almost 25 years later. 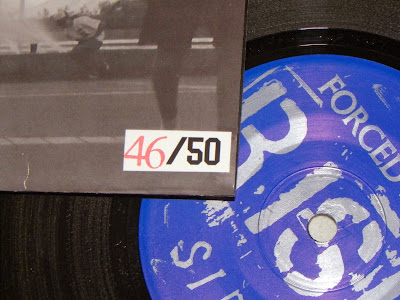 Numbered and limited to 50.

Unknown said...
This comment has been removed by the author.
11:02 PM

Love this Forced Down record. An old favorite.

I jumped on that Forced Down 7'' for Record Store day and I was a little disapointed with the finished product. I bought it mostly for the poster and it sucked.

I love Forced Down, I jumped on all covers. As far in the the finished product, I have no issues or complaints. The Record Store Day came in a red dust sleeve and a mini insert or poster, which is a lot more than other labels do. I am glad I bought this for my Forced Down collection.