Dan drums for Strung Along and lives a few miles up the road from me. I've sold him some of my old cassettes, and an Only Living Witness t-shirt in the past. When he was looking to sell off his copy of the This Is Hardcore pressing of the Clear 7 inch, he came to me first. 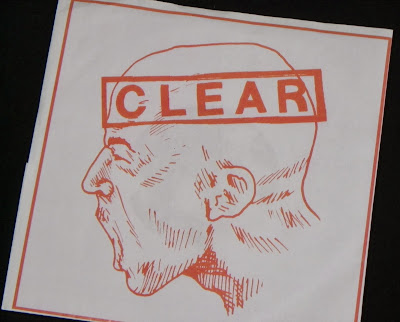 We agreed on a price back in June, but it wasn't until January that we were able to finally get together for the exchange. Seven months. It was ridiculous that it took so long, but I can be a terrible procrastinator, and I never carry cash, so time and time again I failed to make any concrete plans. Since we were both going to be at the Cruel Hand show, it was finally time for us to seal the deal. 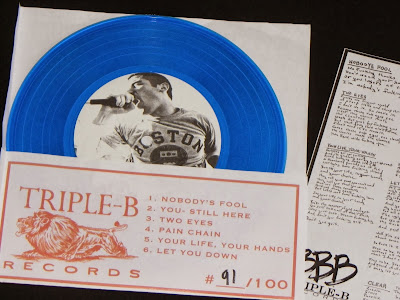 Dan is hell of a guy, and when I meet him at the show, he took the agreed upon price for the record and cut it in half. There is no way I should have been able to get this record for such a great price, but the dude is cool like that. Thanks, man.